And are we now brought near to God 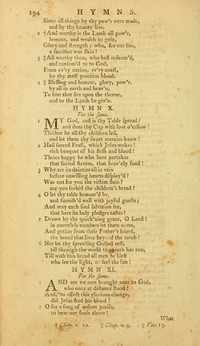 And are we now brought near to God

1 And are we now brought near to God,
Who once at distance stood?
And, to effect this glorious change,
Did Jesus shed His blood?


2 O for a song of ardent praise,
To bear our souls above!
What should allay our lively hope,
Or damp our flaming love?


3 Then let us join the heavenly choirs,
To praise our heavenly King:
O may that love which spread this boar,
Inspire us while we sing:


4 "Glory to god in highest strains,
And to the earth be peace;
Good-will from heaven to men is come,
And let it never cease."

Source: Hymnal: according to the use of the Protestant Episcopal Church in the United States of America #206

And are we now brought near to God. P. Doddridge. [Nearness to God.] In the “P. Doddridge’s manuscript" this hymn is undated, and the text differs from that published by J. Orton in Doddridge's, Hymns, 1755, but whether the alterations were by Doddridge or Orton cannot be determined. The hymn is in 5 stanzas of 4 lines, and entitled, "Nearness to God thro' Christ" In 1839, it was republished by J. Doddridge Humphreys, in Scripture Hymns, by the Rev. Philip Doddridge, D.D., new and corrected edition. The hymn in full is not in common use, but a cento, composed of stanzas i., ii. of the 1755 text, and two additional stanzas, based upon Doddridge's hymn, "High let us swell our tuneful notes" (q. v.), is in somewhat extensive use in America. It appeared in the American Prayer Book Collection, 1826, No. 95, and from thence passed into later hymnals, including the Hymnal of the Protestant Episcopal Church, 1871. 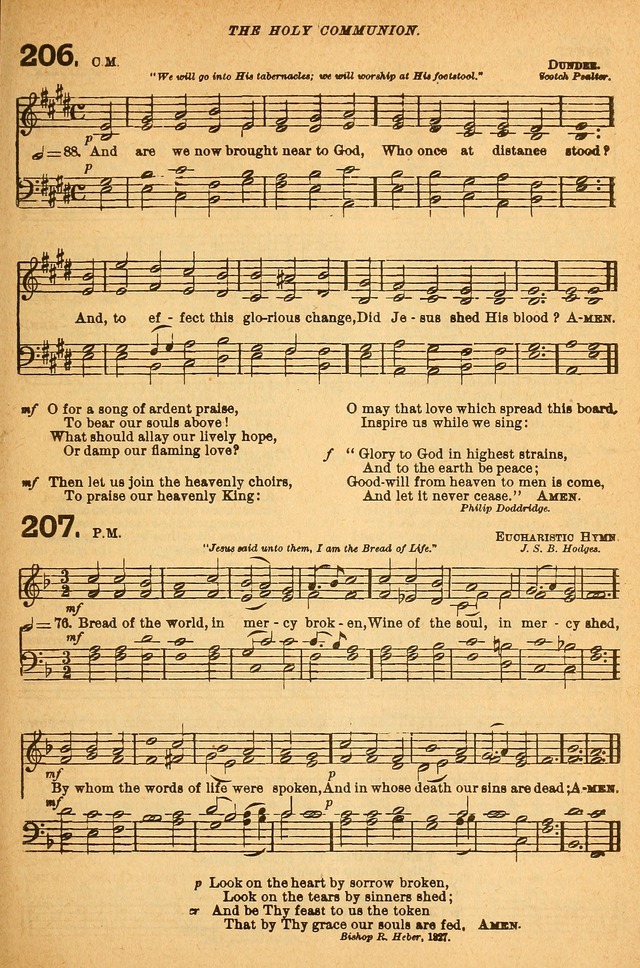 A Collection of Hymns and a Liturgy #146

A Collection of Hymns and A Liturgy #146

A Selection of Hymns, adapted to the devotions of the closet, the family, and the social circle; and containing subjects appropriate to the monthly concerns of prayer for the success... #24

A Selection of Psalms with occasional hymns (Charleston hymnal) #H.XXI

Cole's Pocket Edition of Psalm and Hymn Tunes, Containing Most of the Tunes Used in Different Churches #d2

Hymnal Companion to the Prayer Book #194

Hymnal of the Reformed Episcopal Church, adopted in General Council, Chicago, May 1879 #d10

Hymns of the Protestant Episcopal Church of the United States, as authorized by the General Convention #95

Hymns Recommended for use in the Reformed Episcopal Church #49

Hymns Suited to the Feasts and Fasts of the Church ... #d4

Hymns suited to the Feasts and Fasts of the Church and Other Occasions of Public Worship ... approved by the Convention of 1826 #d8

Hymns, Selected from the Most Approved Authors, for the use of Trinity Church, Boston #11

Melodies of the Church #d40

Selections from the Psalms of David in Metre #H95

The Church Hymnal with Canticles #206

The Churchman's Hymn-Book, a Collection of Hymns Old and New, for Use in the Services of the Church #d18

The Pocket Selection of Hymns for the Use of Evangelical Churches and Religious Assemblies in the U. S. lst ed. #d10

The Whole Book of Psalms #H.XI

Display Title: From the Revelation of St. John First Line: And are we now brought near to God Date: 1793
The Whole Book of Psalms #H.XI