And now another week begins 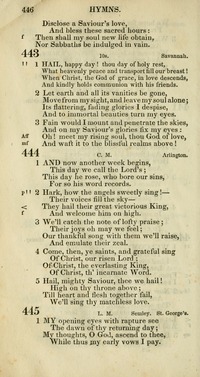 And now another week begins

Another week begins. T. Kelly. [Sunday.] First published in his Hymns, 2nd ed., 1806, and again, 3rd ed., 1809. In 1812 it was transferred to his Hymns adapted for Social Worship. Subsequently, in common with the rest of the hymns therein, it was again embodied in the original work. It is in 8 stanzas of 4 lines, and based upon Ps. cxviii. 24. In the American hymnals it is re-written, the change being from S.M. to C.M. It also varies considerably in the number of stanzas used from 3 in the Church Praise Book, N. Y., 1881, to 5 in Hatfield's Church Hymn Book, 1872. In the latter form it begins, "And now another week begins." 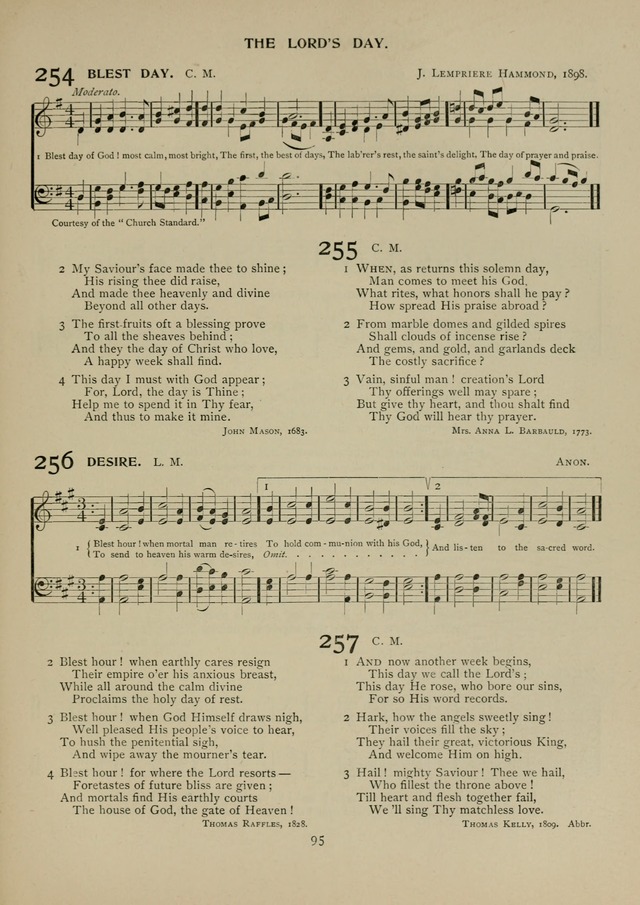 Melodies of the Church #d49

Plymouth Collection of Hymns and Tunes; for the use of Christian Congregations #41

The Baptist Hymn and Tune Book #41

The Chapel hymn book, with tunes #24

The New Jubilee Harp, or Christian hymns and songs. a new collection of hymns and tunes for public and social worship. #20 S