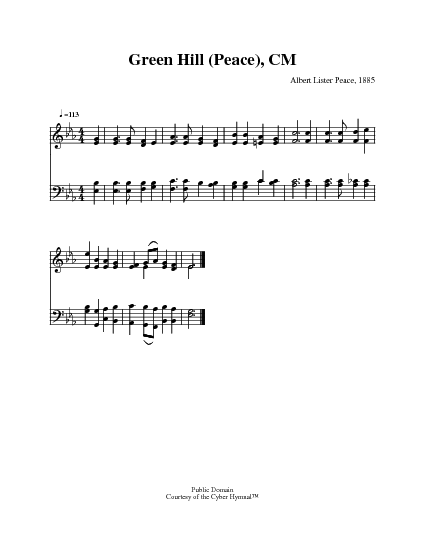 And now my soul, another year

1 And now my Soul, another Year
Of thy short Life is past;
I cannot long continue here,
And this may be my last.


2 Much of my dubious Life is gone,
Nor will return again;
And swift my passing Moments run,
And few that yet remain.


3 Awake, my soul, with utmost Care
Thy true Condition learn;
What are thy Hopes, how sure, how fair,
And what thy great Concern!


4 Now a new Scene of Time begins,
Set out afresh for Heav'n;
Seek pardon for thy former Sins,
In Christ so freely giv'n.


5 Devoutly yield thyself to God,
And on his Grace depend;
With Zeal pursue the heav'nly Road,
Nor doubt a happy End.

Source: The Christians Duty, exhibited, in a series of Hymns: collected from various authors, designed for the worship of God, and for the edification of Christians (1st Ed.) #IX

Simon Browne was born at Shepton Mallet, Somersetshire, about 1680. He began to preach as an "Independent" before he was twenty years of age, and was soon after settled at Portsmouth. In 1716, he became pastor in London. In 1723, he met with some misfortunes, which preyed upon his mind, and produced that singular case of monomania, recorded in the text-books of Mental Philosophy; he thought that God had "annihilated in him the thinking substance, and utterly divested him of consciousness." "Notwithstanding," says Toplady, "instead of having no soul, he wrote, reasoned, and prayed as if he had two." He died in 1732. His publications number twenty-three, of which some are still in repute. --Annotations of the Hymnal, Charles Hutchins,… Go to person page >
^ top

All tunes published with 'For New Year's Day'^ top 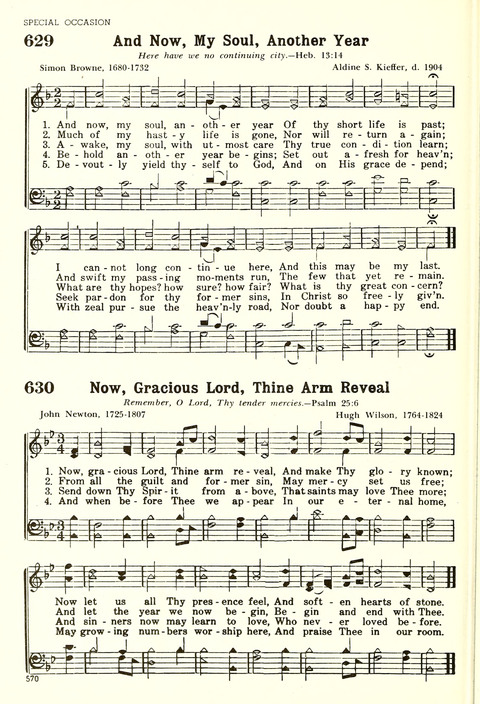 View Page
Christian Hymnal, a Collection of Hymns and Sacred Songs Suitable for Use in Public Worship (1959), p.562
^ top