Angels! Roll the Rock Away 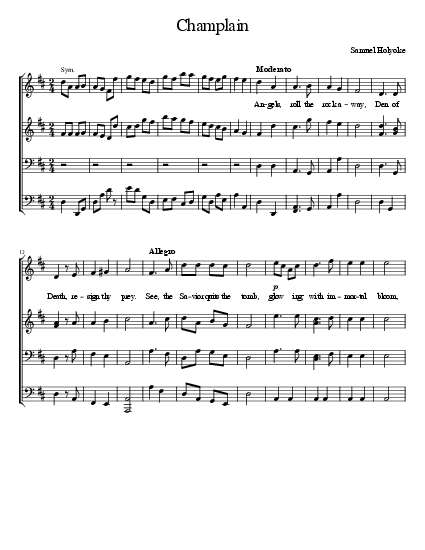 Angels! roll the rock away

1 Angels, roll the rock away;
Death yield up thy mighty prey!
See, the Saviour leaves the tomb,
Glowing in immortal bloom.


2 Saints on earth, lift up your eyes,
Now to glory see Him rise
In long triumph thro' the sky,
Up to waiting worlds on high.

Source: Reformed Press Hymnal: an all around hymn book which will meet the requirements of every meeting where Christians gather for praise #282

Thomas Scott was born at Norwich, and was the son of a Dissenting minister. After his education he began his ministerial life at Wartmell, in Norfolk, adding also the labours of school-teaching. Subsequently he changed his pastoral relations several times, spending the last years of his life at Hupton, in Norfolk, where he died in 1776. He was the author of some prose works, several poems, and a few hymns. --Annotations of the Hymnal, Charles Hutchins, M.A., 1872… Go to person page >
^ top

Angels roll the rock away. T. Scott. [Resurrection and Ascension.] Contributed to Ash & Evans's Bristol Baptist Collection, 1769, as No. 106, where it is headed "The Resurrection and Ascension." It is in 6 stanzas of 4 lines, each stanza being followed by “Hallelujah," and is signed "G.," the signature of Thomas Gibbons; in the 2nd edition it was signed "U." i.e. "unknown," but in later editions, the 3rd, 1778, the signature was Dr. S., and the 5th, 1786, Dr. Sc—tt. In this form it passed through Rippon's Baptist Selection, 1787, into common use both in Great Britain and America, and these stanzas, more or less altered, are still in extensive use. In 1773, T. Scott republished the hymn in his Lyric Poems, &c, as No. 14, with a new first verse,
"Trembling earth gave awful sign,"
and the "Hallelujah" following each line of the first stanza, and with several alterations. Hatfield (Amer.) follows this 1773 text.

In 1775, Dr. Thomas Gibbons sent an altered version of the hymn to the Gospel Magazine, where it appeared in the Sept. number in 9 stanzas of 4 lines. This with further alterations was included in 1784 in his Hymns adapted to Divine Worship, as No. 60, where he notes it as—-"Altered and enlarged from an H. in Messrs. Ash & Evans's Collection, p. 109." The confusion which has arisen respecting the authorship of this hymn is thus accounted for. Its use in one or another of its various forms is very extensive, and especially in America. [William T. Brooke]

All tunes published with 'Angels! Roll the Rock Away'^ top

A Collection of Psalms and Hymns: suited to the various occasions of public worship and private devotion #95

Harmonia Americana: containing a concise introduction to the grounds of music; with a variety of airs, suitable fore divine worship and the use of musical societies; consisting of three and four parts #69 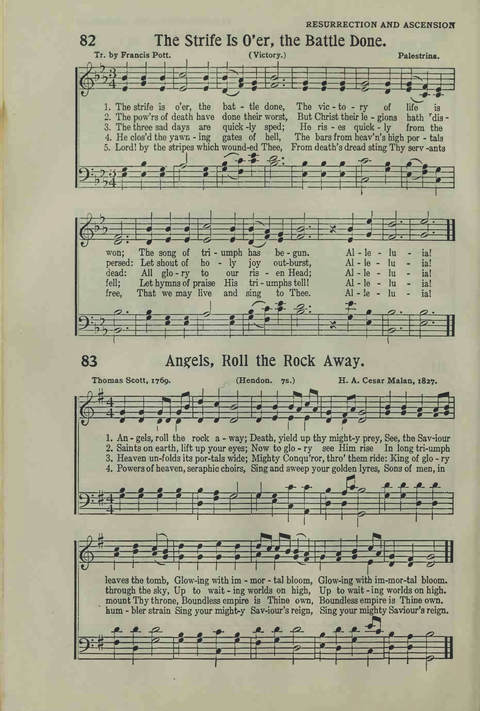