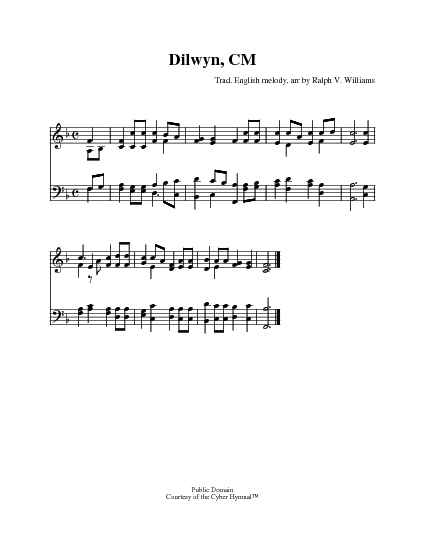 As it fell out upon one day

Tune: [As it fell out upon one day]
Published in 4 hymnals

1. As it fell out upon one day,
Rich Divès made a feast,
And he invited all his friends,
And gentry of the best.


2. Then Lazarus laid him down and down
And down at Divès’ door:
Some meat and drink, brother, Diverus,
Bestow upon the poor.


3. Thou’rt none of my brothers, Lazarus,
That liest begging at my door;
No meat, nor drink will I give thee,
Nor bestow upon the poor.


4. Then Lazarus laid him down and down,
All under Divès’ wall:
Some meat, some drink, brother Diverus,
For hunger starve I shall.


5. Thou’rt none of my brothers, Lazarus,
That liest begging at my gate;
No meat, no drink will I give thee,
For Jesus Christ His sake.


6. Then Divès sent out his hungry dogs,
To bite him as he lay;
They hadn’t the power to bite one bite,
But licked his sores away.


7. Then Divès sent to his merry men,
To worry poor Lazarus away;
They’d not the power to strike one stroke,
But flung their whips away.


8. As it fell out upon one day,
Poor Lazarus sickened and died;
There came two angels out of Heaven,
His soul therein to guide.


9. Rise up! rise up! brother Lazarus,
And go along with me;
For you’ve a place prepared in Heaven,
To sit on an angel’s knee.


10. As it fell out upon one day,
Rich Divès sickened and died;
There came two serpents out of hell,
His soul therein to guide.


11. Rise up! rise up! brother Diverus,
And come along with me;
There is a place provided in hell
For wicked men like thee.


12. Then Divès looked up with his eyes
And saw poor Lazarus blest;
Give me one drop of water, brother Lazarus,
To quench my flaming thirst.


13. O, was I now but alive again
The space of one half hour!
O, that I had my peace again
Then the devil should have no power.

[As it fell out upon one day]

All tunes published with 'Dives and Lazarus'^ top 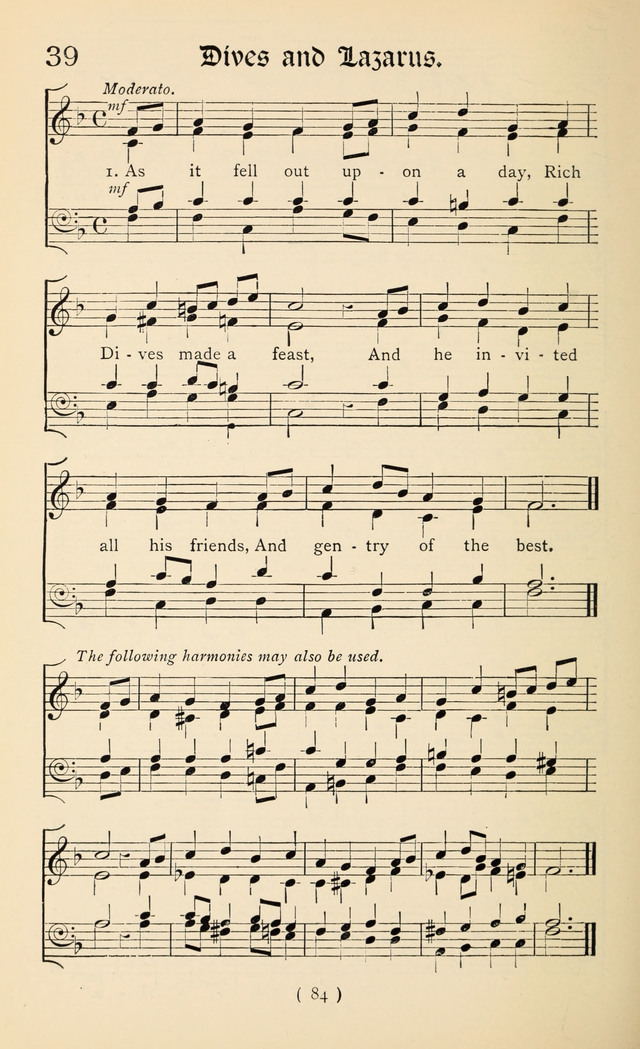 Display Title: Dives and Lazarus First Line: As it fell out upon one day Tune Title: DILWYN Meter: CM Source: Traditional English carol, possibly from Herefordshire
The Cyber Hymnal #1233
Include 3 pre-1979 instances
All instances^ top
Suggestions or corrections? Contact us