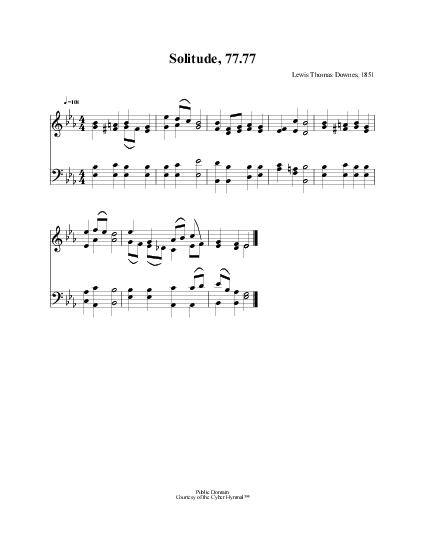 As the sun’s enlivening eye
Shines on every place the same;
So the Lord is always nigh
To the souls that love His name.

When they move at duty’s call,
He is with them by the way;
He is ever with them all,
Those who go and those who stay.

From His holy mercy-seat
Nothing can their souls confine;
Still in spirit they may meet,
And in sweet communion join.

Father, hear our humble prayer!
Tender Shepherd of Thy sheep,
Let Thy mercy and Thy care
All our souls in safety keep.

In Thy strength may we be strong;
Sanctify each cross and pain;
Give us, if Thou wilt, ere long
Here to meet in peace again.

Source: A Book of Hymns for Public and Private Devotion (15th ed.) #69

As the sun's enlivening eye. J. Newton. [Parting.] Bull, in his life of Newton, p. 222, gives the following account of the origin of this hymn:—

"In November [1776] Mr. Newton underwent an operation for a tumour in his thigh. He was mercifully brought through it, and was very soon able to resume his ordinary duties. On this occasion he composed the 71st hymn, Bk. ii. in the Olney Hymns."

As intimated, the hymn appeared in the Olney Hymns, 1779, in 7 stanzas of 4 lines, and headed "Parting." It came into use in the older collections, and is still found in a few hymnals both in Great Britain and America. The hymn, "For a season called to part," which is given in the New Congregational Hymn Book, 1859, No. 848, and other collections, especially in America, is composed of stanzas iv., v., and vi. of this hymn.

All tunes published with 'As the sun's enlivening eye'^ top 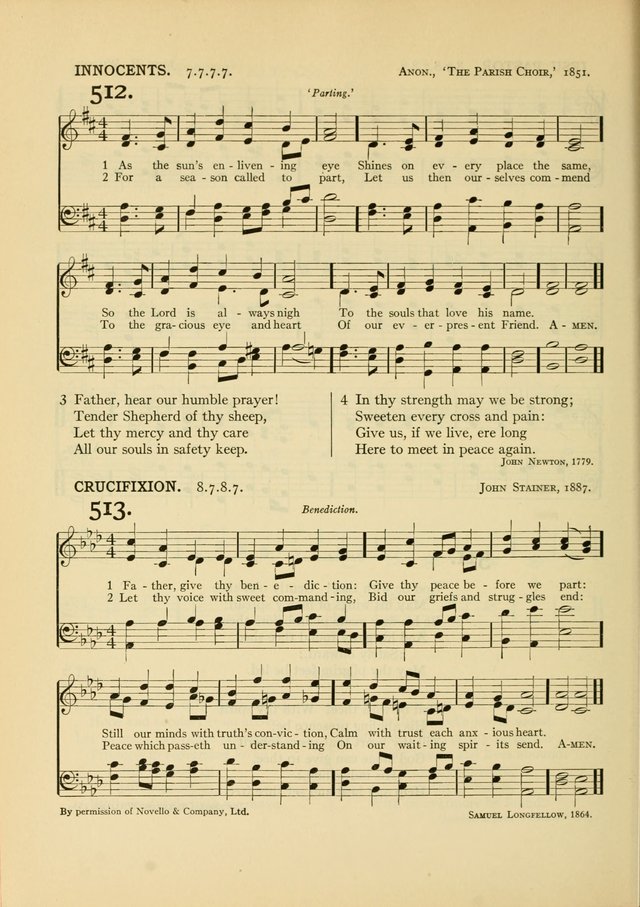