In Hope, Believing Against Hope 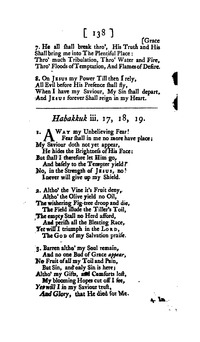 Away my unbelieving fear

1 Away, my unbelieving fear!
Fear shall in me no more have place:
My Saviour doth not yet appear,
He hides the brightness of his face;
But shall I therefore let him go,
And basely to the tempter yield?
No, in the strength of Jesus, no;
I never will give up my shield.


2 Although the vine its fruit deny,
Although the olive yield no oil,
The withering fig-trees droop and die,
The fields elude the tiller's toil,
The empty stall no herd afford,
And perish all the bleating race;
Yet I will triumph in the Lord,
The God of my salvation praise.


3 Barren although my soul remain,
And not one bud of grace appear,
No fruit of all my toil and pain,
But sin and only sin is here;
Although my gifts and comforts lost,
My blooming hopes cut off I see,
Yet will I in my Saviour trust,
And glory that he died for me.

Source: The Seventh-Day Adventist Hymn and Tune Book: for use in divine worship #668

All tunes published with 'In Hope, Believing Against Hope'^ top 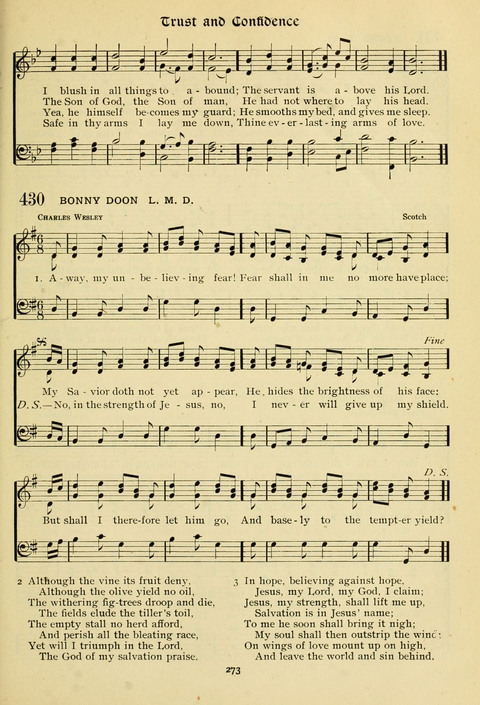