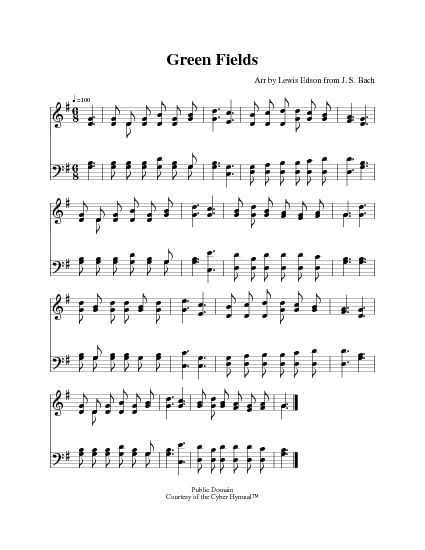 Away with our sorrow and fear

1 Away with our sorrow and fear!
We soon shall recover our home;
The city of saints shall appear,
The day of eternity come.
From earth we shall quickly remove,
And mount to our promised abode,
The house of our Father above,
The palace of angels and God.


2 By faith we already behold
That lovely Jerusalem here;
Her walls are of jasper and gold,
As crystal her buildings are clear.
Immovably founded in grace,
She stands as she ever has stood;
And soon, at the end of our race,
We'll rest in that city of God.

Source: The Seventh-Day Adventist Hymn and Tune Book: for use in divine worship #841

The tune most commonly known as DE FLEURY is a German folk tune. In American shape-note tradition the tune is known as GREEN FIELDS or GREENFIELDS. J. S. Bach quoted it in his "Peasant Cantata," but he did not compose it. It has also been misattributed to Maria DeFleury and to Lewis Edson. Edson wro…

All tunes published with 'The Heavenly Jerusalem'^ top 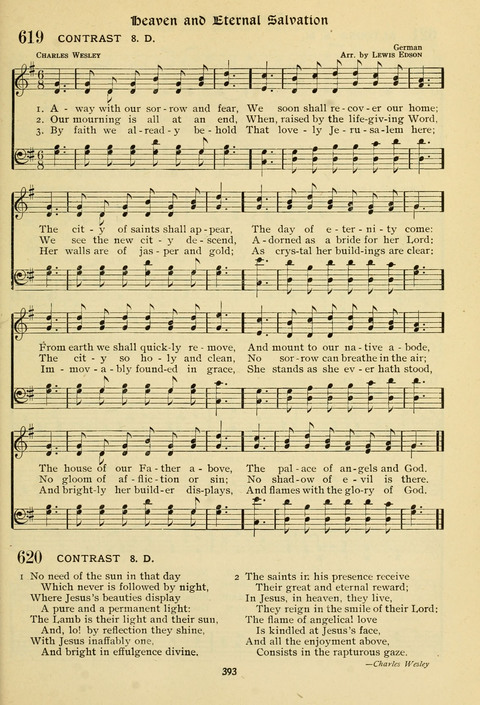