Behold the Throne of Grace! 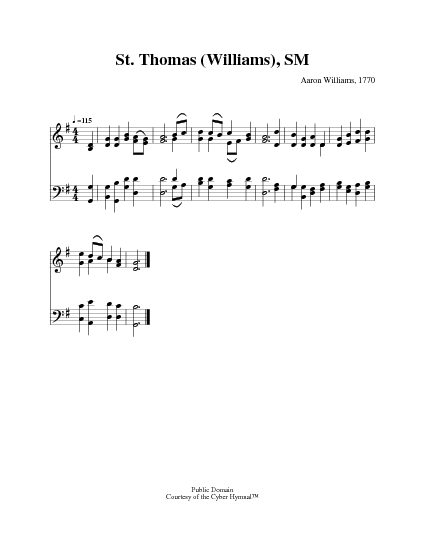 Behold the throne of grace!

1 Behold the throne of grace!
The promise calls me near:
there Jesus shows a smiling face,
and waits to answer prayer.


2 That rich atoning blood,
which sprinkled round we see,
provides for those who come to God
an all prevailing plea.


3 My soul, ask what thou wilt;
thou canst not be too bold;
since his own blood for thee he spilt,
what else can he withhold?


4 Beyond thy utmost wants
his love and pow'r can bless;
to praying souls he always grants
more than they can express.


5 Thine image, Lord, bestow,
thy presence and thy love;
I ask to serve thee here below,
and reign with thee above.


6 Teach me to live by faith;
conform my will to thine;
let me victorious be in death,
and then in glory shine.

Behold the throne of grace. J. Newton. [The Throne of Grace.] Appeared in the Olney Hymns, 1779, Book i.. No. 33, in 8 stanzas of 4 lines, and based on 1 Kings iii. 5. Although extensively used both in Great Britain and in America, it is generally in an abridged, and sometimes altered form. In 1781 J. Wesley published the last four stanzas of the original as a hymn in the Arminian Magazine, p. 285, beginning "Since 'tis the Lord's command," but it failed to attract attention, and in that form is unknown to modern hymn-books.

All tunes published with 'Behold the Throne of Grace!'^ top 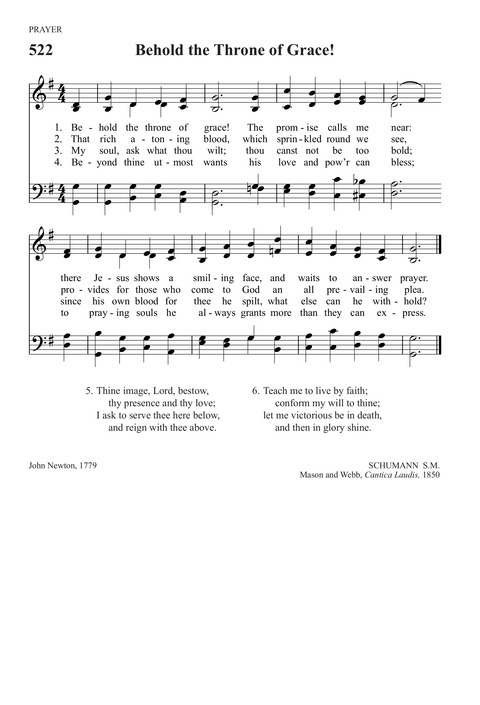 The Song Book of the Salvation Army #560