Behold the Wretch Whose Lust and Wine 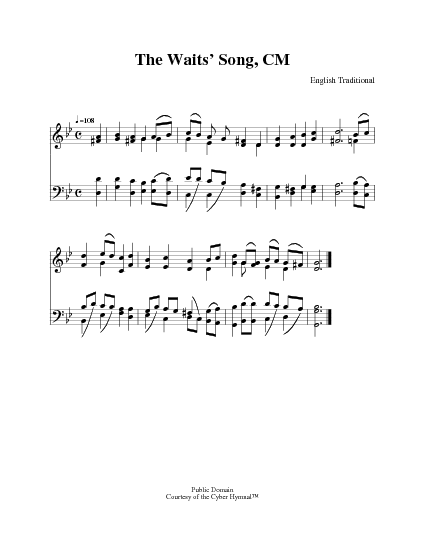 Behold the wretch whose lust and wine

1 Behold the wretch whose lust and wine
Had wasted his estate,
He begs a share among the swine,
To taste the husks they eat!


2 "I die with hunger here, 'he cries,'
I starve in foreign lands,
My father's house has large supplies,
And bounteous are his hands.


3 "I'll go, and with a mournful tongue,
Fall down before his face,
Father, I've done thy justice wrong,
Nor can deserve thy grace."


4 He said, and hasten'd to his home,
To seek his father's love;
The father saw the rebel come,
And all his bowels move.


5 He ran, and fell upon his neck,
Embrac'd and kiss'd his son;
The rebel's heart with sorrow break
For follies he had done.


6 "Take off his clothes of shame and sin,"
(The father gives command,)
Dress him in garments white and clean,
With rings adorn his hand.


7 "A day of feasting I ordain,
Let mirth and joy abound;
My son was dead, and lives again,
Was lost, and now is found."

Source: A Collection of Hymns and Prayers, for Public and Private Worship #154

Behold the "wretch whose lust and wine. I. Watts. [The Prodigal.] This paraphrase of St. Luke xv. 13, &c, was first published in his Hymns, &c, 1709, Book i., No. 123, in 7 stanzas of 4 lines. The peculiarity of its opening line has made against its adoption in its original form in modern hymnals.
In the draft Scottish Translations and Paraphrases, 1745, it was given unaltered as No. xxv., save stanza vi., which was rewritten thus:—

"Bring forth the fairest Robe for him,
the joyful Father said;
To him each Mark of Grace be shown,
and every honour paid."

On the adoption of the hymn in the authorized issue of the Translations and Paraphrases, 1781, No. xl., it was given as “The wretched prodigal behold." This recast is composed as follows:— stanza i.-v. recast from original by Watts, stanza vi. new; stanza vii. from 1745; stanza viii. Watts; stanza ix. new. This recast, which may be found in full in modern editions of the Scottish Psalms, &c, has been in common use in the Church of Scotland for 100 years.
In Miss J. E. Leeson's Paraphrases and Hymns, &c, 1853, No. Ixx., two hymns on the above passage, St. Luke xv. 13-25, are given; the first, "Nigh unto death with famine pined," being by Miss Leeson; and the second, "The prodigal's returning steps." This last is thus composed: stanzas i., ii. Miss Leeson, based on the Scottish Paraphrases; iii., iv., Scottish Paraphrases altered; v., vi., Miss Leeson.

[The moon shines bright and stars give light] 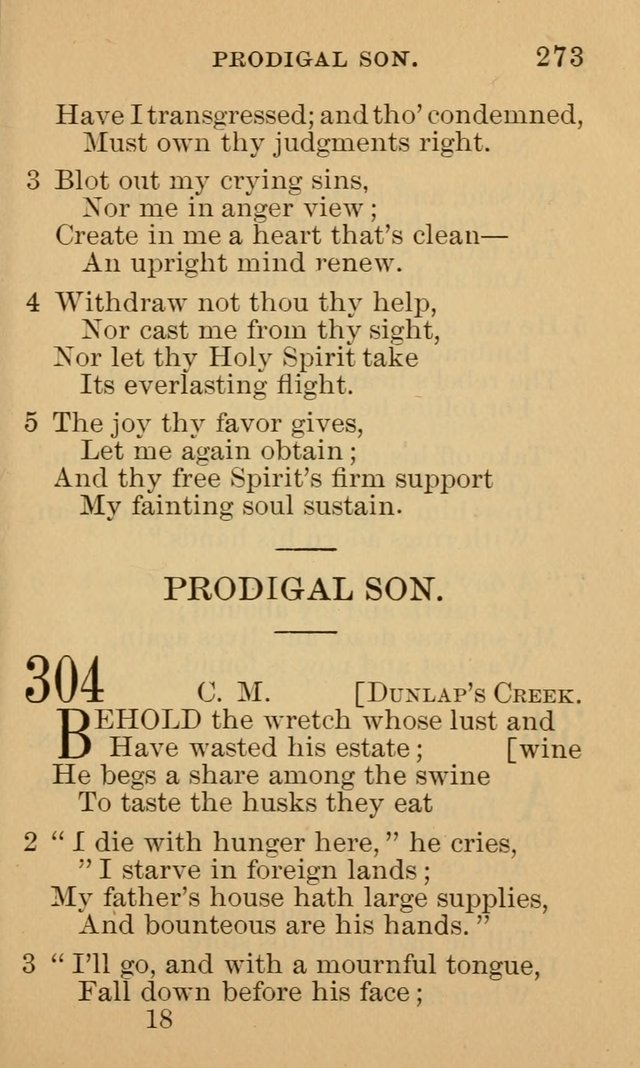 View Page
A Collection of Psalms and Hymns: suited to the various occasions of public worship and private devotion (1884), p.273
^ top