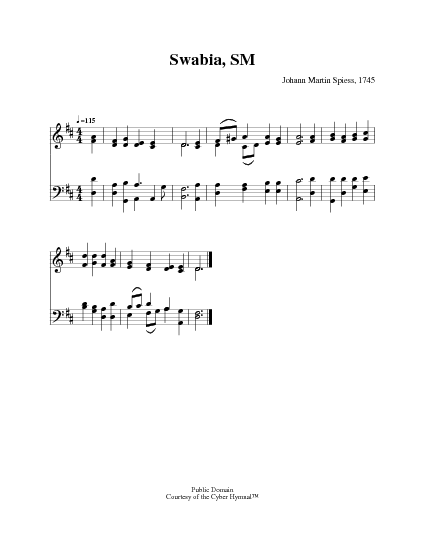 1 Behold what wondrous grace
The Father hath bestowed
On sinners of a mortal race,
To call them sons of God!


2 Nor doth it yet appear
How great we must be made;
But when we see our Savior here,
We shall be like our Head.


3 If in my Father's love
I share a filial part,
Send down thy Spirit, like a dove,
To rest upon my heart.

Source: The Hymnal of The Evangelical United Brethren Church #72

Behold what wondrous grace. I. Watts. [Adoption.] First published in his Hymns, &c, 1707 (2nd edition 1709, Book i., No. lxiv.), in 6 stanzas of 4 lines, and entitled "Adoption." In J. Wesley's Psalms & Hymns Charlestown, South Carolina, 1736-7, p. 19, it was given with alterations and the omission of stanza ii. Its modern use is limited in (x. Britain, but extensive in America. In the Draft Scottish Translations and Paraphrases, 1745, this text was given, as No. xxx., in 5 stanzas, in a recast form….
A comparison of this text with that authorized in the Translations, &c, of 1781, No. lxiii., and which may be found in any modern copy of the Scottish Psalms, &c, will shew at once how much the latter is indebted to the former; and how far both differ from Watts. By whom the 1745 recast was made is not known, but that of 1781, which has been in use in the Church of Scotland for 100 years, is claimed by W. Cameron (q.v.) as his.

All tunes published with 'Behold what wondrous grace'^ top 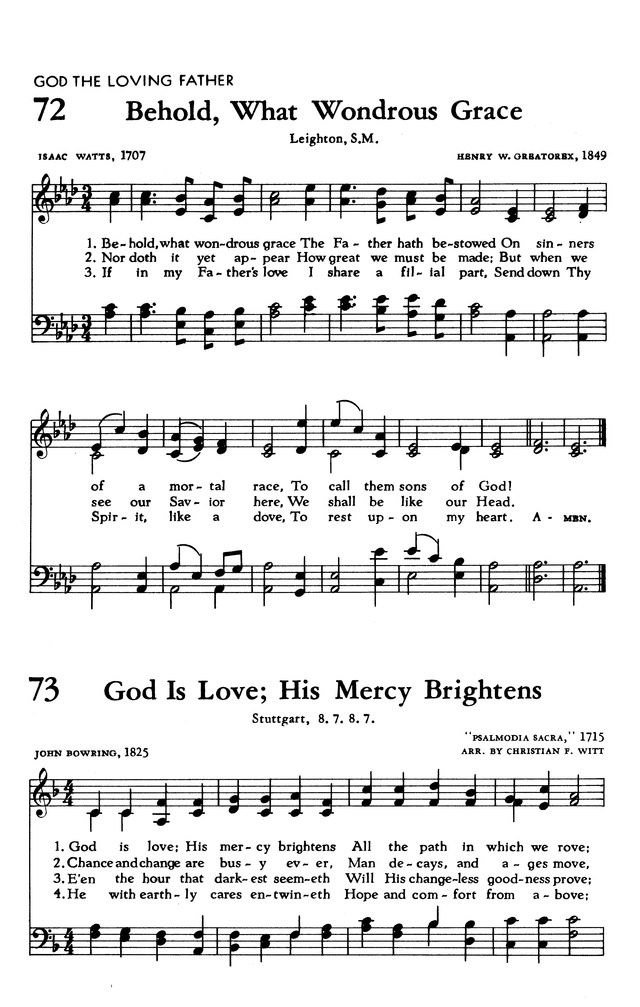