Blessing, honor, thanks and praise 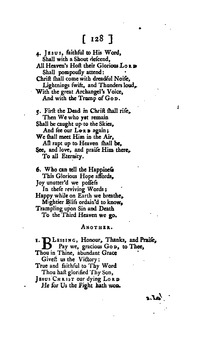 Blessing, honor, thanks and praise

1 Blessing, honor, thanks and praise,
Pay we, gracious God, to Thee:
Thou in Thine abundant grace
Givest us the victory.
True and faithful to Thy word,
Thou hast glorified Thy Son:
Jesus Christ, our dying Lord,
Has for us the vict'ry won.


2 Happy are the faithful dead,
Blèssed who in Jesus die;
They from all their toils are freed,
In God's keeping safely lie.
These the Spirit hath declared
Blest, unutterably blest,
Jesus is their great reward,
Jesus is their endless rest.


3 Absent from our loving Lord
We shall not continue long;
Join we then with one accord
In the new, the joyful song;
Blessing, honor, thanks and praise,
Triune God, we pray to Thee,
Who in Thine abundant grace
Givest us the victory!

Blessing, honour, thanks, and praise. C. Wesley. [Burial.] First published in Hymns and Sacred Poems, 1742, in 5 stanzas of 8 lines, as one of a number of "Funeral Hymns." In 1780 it was embodied in the Wesleyan Hymn Book, No. 49, from whence it has passed into numerous collections in Great Britain and America. Original text in the Wesleyan Hymn Book, 1875, No. 50, and in Poetical Works, 1868-72, vol. ii. p. 188. In the Hymnary, 1872, a cento, with the same first line, was given as No. 508, in 4 stanzas and was repeated in the Society for Promoting Christian Knowledge Church Hymns, 1871. It is thus composed: stanzas i., ii. from the above, slightly altered; stanzas iii., iv. from the hymn, "Hark! a voice divides the sky," which follows the above, in the Hymns and Sacred Poems, 1742, the Wesleyan Hymn Book, and in the Poetical Works, vol. ii. p. 189. These stanzas are also altered from the original.

All tunes published with 'Blessing, honor, thanks and praise'^ top 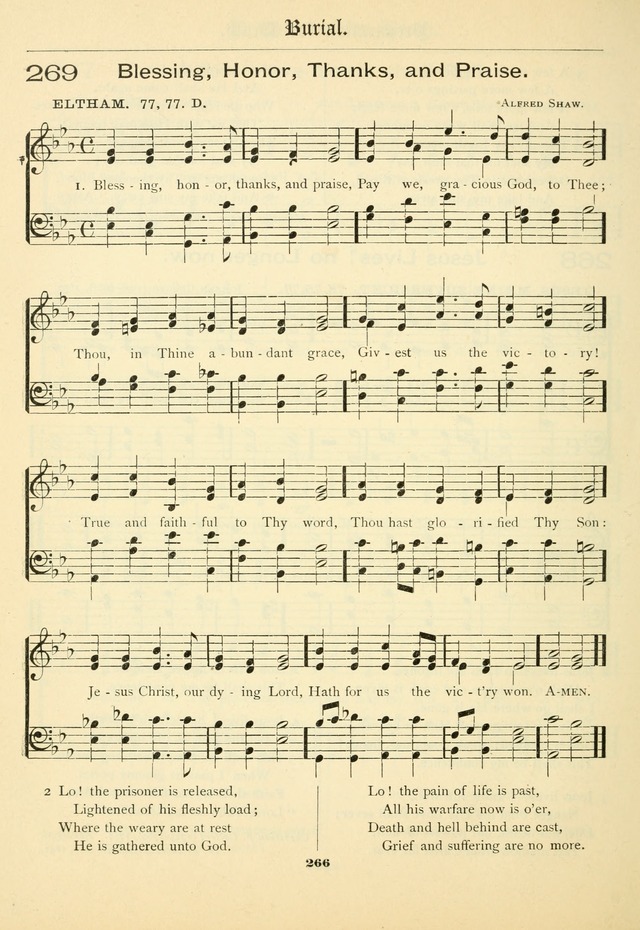 A Collection of Hymns Adapted to the use of the Methodist Episcopal Church Including the Whole Collection of the Rev. J. Wesley #ad56

A Collection of Hymns for the use of the Methodist Episcopal Church. Rev. with a Supplement #d60

A Collection of Hymns, for the Use of the People Called Methodists, with a Supplement #50

A Collection of Hymns #50

A Selection of Hymns from Various Authors, Designed as a Supplement to the Methodist Pocket Hymn Book. 3rd ed. #d25

Hymns for the use of the Evangelical Lutheran Church, by the Authority of the Ministerium of Pennsylvania #594

The Hymnal, Revised and Enlarged, as adopted by the General Convention of the Protestant Episcopal Church in the United States of America in the year of our Lord 1892 #241