Brethren let us join to bless 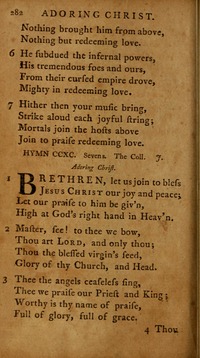 Brethren let us join to bless

1 Brethren, let us join to bless
JESUS CHRIST our joy and peace;
Let our praise to him be giv'n,
High at God's right hand in Heav'n.


2 Master, see! to thee we bow,
Thou art LORD, and only thou;
Thou the blessed virgins' seed,
Glory of thy Church, and Head.


3 Thee the angels ceaselss sing,
Thee we praise our Priest and King;
Worthy is thy name of praise,
Full of glory, full of grace.


4 Thou hast the glad tidings brought,
Of salvation by thee wrought;
Wrought for all thy church! and we
Worship in their company.


5 We thy little flock adore,
Thee the LORD for ever more!
Ever with us shew thy love,
Till we join with those above.

Source: A Selection of Psalms and Hymns: done under the appointment of the Philadelphian Association #CCXC 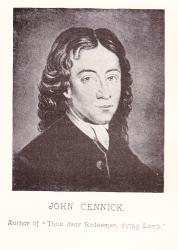 Brethren, let us join to bless. J. Cennick. [Praise.] This is one of this writer’s most popular hymns. It appeared in his Sacred Hymns for the Children of God, &c, 1742, in 5 stanzas of 4 lines. One of the first to use it as a congregational hymn was G. Whitefield. He included it in his Collection, 1753, but with alterations. It was repeated by M. Madan, in his Psalms and Hymns, 1760, No. 109, and others. Gradually its use extended until it became known in all English-speaking countries; sometimes as in Whitefield, and again in its original form. Whitefield's text can be distinguished by stanza ii. which opens:—"Master, see to Thee we bow," whilst the original reads, "Son of God, to Thee we bow." Original text in Hymnal Companion, No. 512. 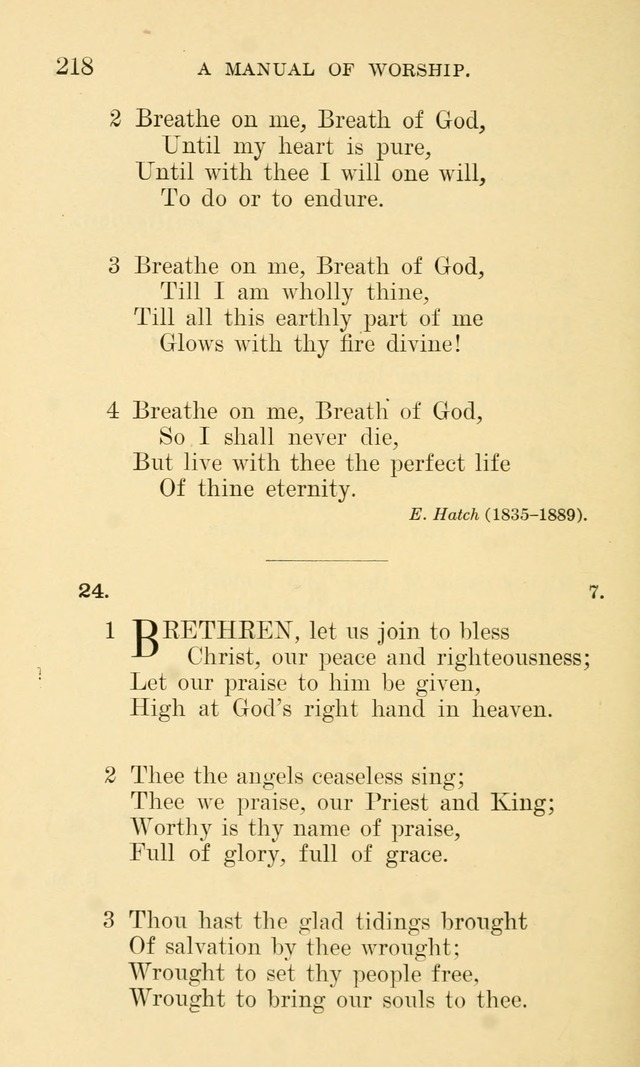 A Collection of Hymns for the Use of the Protestant Church of the United Brethren. (New and Rev. ed.) #568

A Collection of Hymns for the Use of the Protestant Church of the United Brethren. Rev. ed. #d85

A Collection of Hymns, for the Use of the Protestant Church of the United Brethren. New and Revised ed. #673

A Selection of Psalms and Hymns for the Use of the Diocese of Nova Scotia. 3rd ed. #d41

A Selection of Psalms and Hymns #290

A Selection of Psalms and Hymns #CCXC

A Selection of Psalms and Hymns #290

Hymns for Public Worship in the Diocese of Fredericton. 2nd ed. #d19

Hymns for the Sanctuary and Social Worship #614

Hymns of Worship and Remembrance #d31

Manual for the chapel of Girard College #19

Songs of the Spirit #d33

The Hymnal Companion to the Book of Common Prayer with accompanying tunes (3rd ed., rev. and enl.) #569

The Service of Song for Baptist Churches #d100

The Service of Song for Baptist Churches #d58