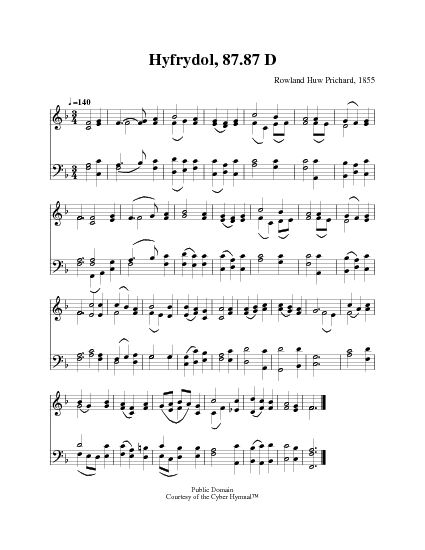 1 Call Jehovah thy salvation,
rest beneath th'Almighty's shade;
in His secret habitation
dwell, and never be dismayed.


2 There no tumult shall alarm thee,
thou shalt dread no hidden snare;
guile nor violence can harm thee
in eternal safeguard there.


3 From the sword at noonday wasting,
from the noisome pestilence,
in the depth of midnight blasting,
God shall be thy sure defense.


4 Fear not thou the deadly quiver,
when a thousand feel the blow;
mercy shall thy soul deliver,
though ten thousand be laid low.


5 Only with thine eyes the anguish
of the wicked thou shalt see,
when by slow disease they languish,
when they perish suddenly.


6 Thee, though winds and waves be swelling,
God, thine hope, shall bear through all;
plague shall not come nigh thy dwelling,
thee no evil shall befall.

Call Jehovah thy salvation. J. Montgomery. [Psalms xci.] The manuscript of this version of Psalms xci. is not preserved with the Montgomery Manuscript. The paraphrase first appeared in Montgomery's Songs of Zion, 1822; in 5 stanzas of 8 lines, and again in his Original Hymns, 1853, No. 145. As a hymn for congregational use it is generally given in an abbreviated form, both in the older and in modern collections, as in Kennedy, 1863; the Wesleyan Hymn Book, 1875; and others. Original text as above. In America it has attained to a good position, and is sometimes found as, "Call the Lord, thy sure salvation." From this hymn also, the hymn, "God shall charge His angel legions," is taken. It is composed of stanzas iv. and v., and was given in the American Prayer Book Collection, 1826, and later hymn-books.

All tunes published with 'Call Jehovah thy salvation'^ top 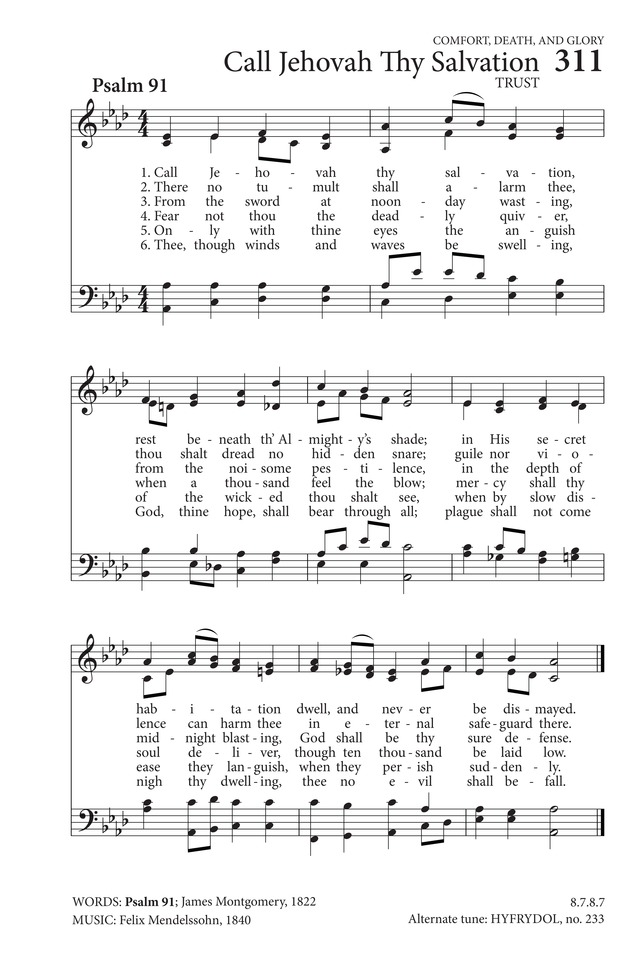