Cast me not in wrath away 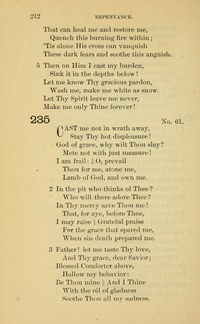 Cast me not in wrath away

1 Cast me not in wrath away
As I come before Thee.
Why wilt Thou in anger slay?
Spare me, I implore Thee.
Let Thy grace,
Lord, displace
All Thy sore displeasure;
Mete with mercy's measure.


2 Father, let Thy love be shown,
Pardon my transgression.
Nor Thy erring child disown;
Make me Thy possession.
Be my soul
Rendered whole,
With the oil of gladness,
Do Thou cure my sadness.


3 In the pit who thinks of Thee?
Who shall praises render?
From the grave deliver me,
God of mercies tender;
Let my lays
Sing Thy praise
When in regions yonder
I Thy goodness ponder.


4 Be ye gone, ye wicked foes,
Nor again draw near me;
God, the Healer of my woes,
Now inclines to hear me;
Death and hell,
Fierce and fell,
In your bonds of anguish
I have ceased to languish.


5 Praise, O Father, be for aye
Thine on earth, in heaven;
Praises likewise be alway
To Thee, Savior, given;
Holy Dove,
God of love,
Thou hast heard:--I bless Thee
And in praise address Thee.

Albinus, Johann Georg eldest s. of Zacharias Albinus, pastor at Unter-Nessa, near Weissenfels, Saxony, 1621-1633, and at Stuhlburgwerben, 1633-1635, was b. at UnterNessa, March 6, 1624. After his father's death, in 1635, he was, in 1638, adopted by his cousin, Lucas Pollio, diaconus at St Nicholas's Church in Leipzig. After his cousin's death, in 1643, the Court preacher, Sebastian Mitternacht, of Naumburg, took an interest in him, and he remained at Naumburg till he entered the University of Leipzig, in 1645. He studied for eight years at Leipzig, during which time ho acted as house tutor to the Burgomaster, Dr. Friedrich Kuhlwein, and was then, in 1653, appointed Eector of the Cathedral School at Naumburg. This post he resigned when, in… Go to person page > 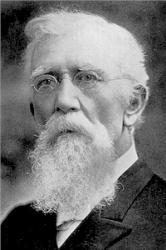 Cronenwett, Emmanuel, a Lutheran Pastor at Butler, Pennsylvania, U.S.A., contributed to the Evangelical Lutheran Hymnal, Published by Order of the Evangelical Lutheran Joint Synod of Ohio and other States, 1880, in addition to 20 translations from the German, the following original hymns, some of which rank with the best in the collection:— 1. A holy state is wedded life. Domestic Worship. 2. Faith is wisdom from on high. Faith. 3. Heavenly Father, Jesus taught us. Prayer. 4. Lord, Thine omniscience I adore. Omniscience. 5. O Triune God, Thy blessing great. Domestic Worship. 6. Of omniscient grace I sing. Omniscience. 7. Of Zion's honour angels sing. Ordination. 8. The precepts of the word are pure.… Go to person page >
^ top

This, if correct, would date it about 1655, and Koch, iii. 398, says it was printed separately in that year; The earliest hymn-book in which it is found is Luppius's Andachtig Singender Christen Mund, Wesel., 1692, p. 20. It is a beautiful hymn of Penitence (by Miss Winkworth assigned to Ash Wednesday). Included as No. 273 in Freylinghausen's Gesang-Buch, 1704, and recently as No. 535 in the Berlin Geistliche Liedersegen, ed. 1863, in 7 stanzas of 8 lines. The translations in common use are:—

All tunes published with 'Cast me not in wrath away'^ top 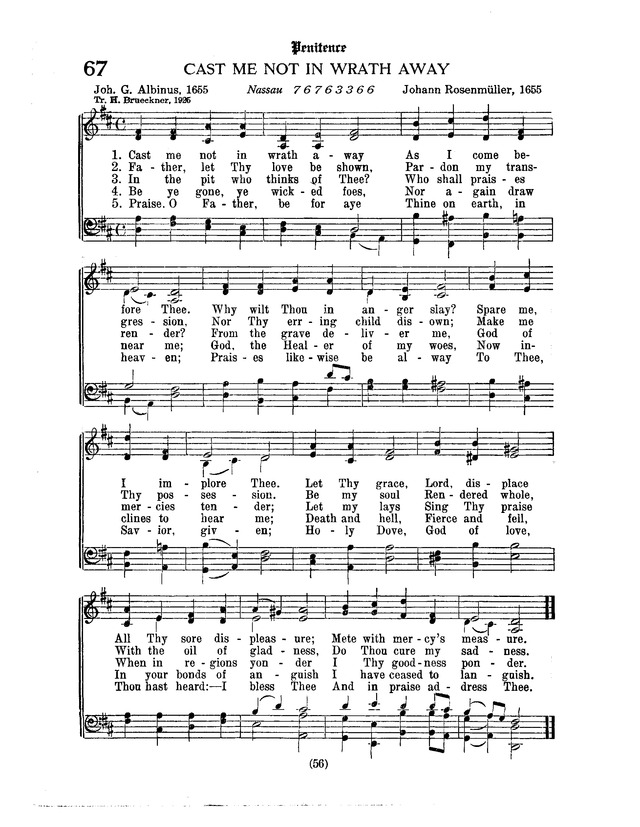