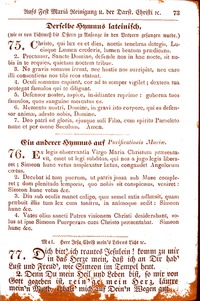 Meusel, Wolfgang, son of Anton Meusel (Meusslin, Mäusslein, Mosel, Mösel, Musculus, &c), cooper at Dieuze in Lorraine, was born at Dieuze, Sept. 8, 1497. He studied for short periods in the schools at Rappoltsweiler, Colmar, and Schlettstadt, between times wandering over the country and earning his way by his singing. In 1512 he happened to come to the Benedictine monastery at Lixheim near Saarburg, just as Vespers were being sung. His beautiful voice, as he joined in, led the monks to receive him, and here he studied music, and became organist to the cloister. In his 20th year he devoted himself to the study of theology, and soon after began to preach in the church at Lixheim, and in the neighbouring village churches. In 1518 he became a… Go to person page >
^ top

Christe, qui lux es et dies. [Lent.] An Ambrosian hymn, quoted by Hinemar, Abp. of Rheims, in his treatise, Contra Godeschalcum. .. De und et non Trinâ Deitate, 857, thus fixing its date at an early period. Although the Benedictine editors have assigned some hymns to St. Ambrose on the strength of their being quoted in the same work, yet they have rejected this as the work of that Father. (Migne, torn. 16-17.) The text and uses of this hymn are:—
(1) In the Mozarabic Breviary, Toledo, 1502, f. 304, b., it is given as a hymn for compline on Sundays, with an additional stanza which reads.

(2) Daniel, i., No. 23, gives the text from two 13th century manuscript at Würzburg, &c. He also gives an additional verse which reads:—

Christe, qui lux es et dies, p. 227, i. This hymn occupies in Dutch hymnody a position which is pro¬bably unique, being the only instance of a hymn passing without interruption from the ancient office books of the church into general use among the Reformed. At the reformation in Holland, when hymns were for¬bidden and only metrical psalms allowed to be sung, a translation of the hymn in very archaic Dutch, “Christe der du bist dagh en licght" was appended to the authorized metrical psalter of Peter Datheen (1566). When a new and revised psalter was adopted in 1773, a recast in a freer translation by H. Ghijsen, "O groota Christus, eenvig licht," occupied the same place at the end of the psalter. From this source it has been adopted into all the hymnals compiled for the use of Dutch speaking mission congregations in South Africa, where it is so universally popular that a Wesleyan missionary, Mr. Shaw, in his "Memorials of South Africa," calls it the "beautiful evening hymn of the natives." [Rev. J. Alexander Hewitt, D.C.L.] 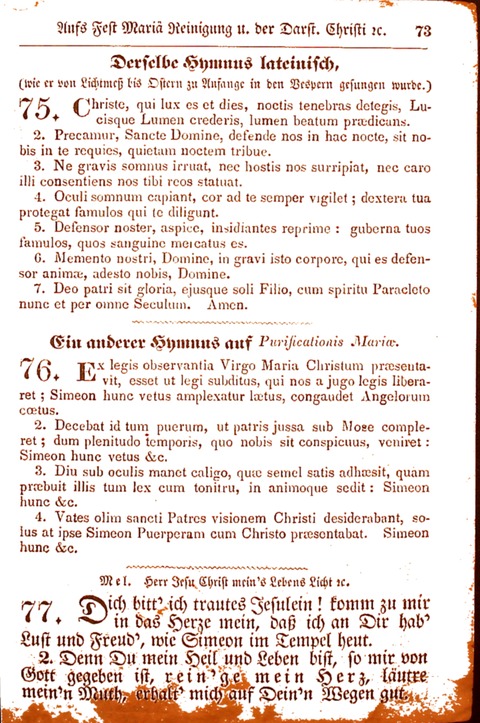