Come, Let Us Use the Grace Divine

Come, let us use the grace divine

1. Come, let us use the grace divine,
and all with one accord,
in a perpetual covenant
join ourselves to Christ the Lord;
Give up ourselves, thru Jesus' power,
his name to glorify;
and promise, in this sacred hour,
for God to live and die.


2. The covenant we this moment make
be ever kept in mind;
we will no more our God forsake,
or cast these words behind.
We never will throw off the fear
of God who hears our vow;
and if thou art well pleased to hear,
come down and meet us now.


3. Thee, Father, Son, and Holy Ghost,
let all our hearts receive,
present with thy celestial host
the peaceful answer give;
to each covenant the blood apply
which takes our sins away,
and register our names on high
and keep us to that day!

All tunes published with 'Come, Let Us Use the Grace Divine'^ top 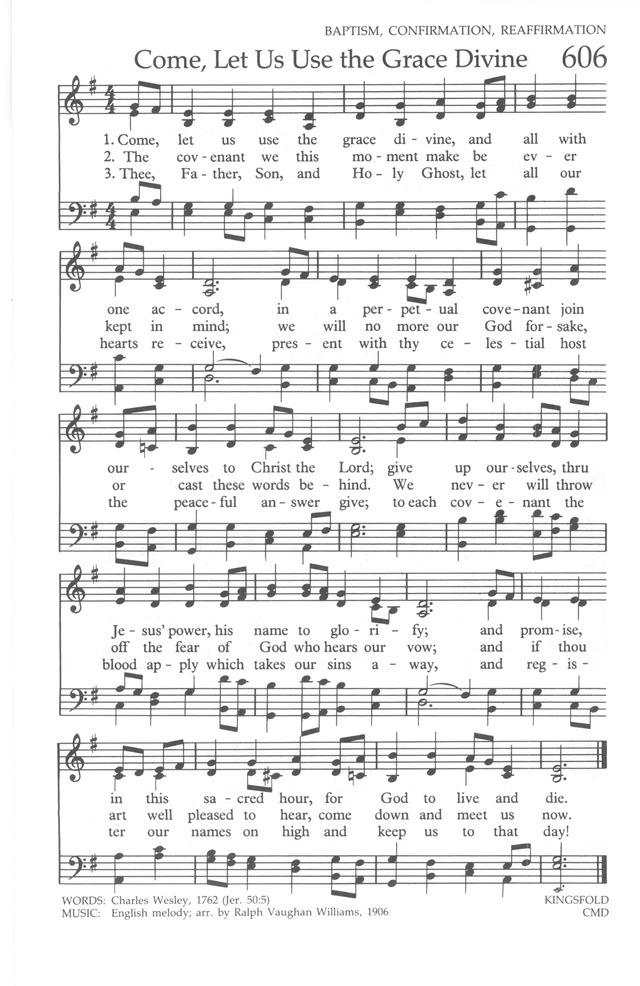 The Song Book of the Salvation Army #784