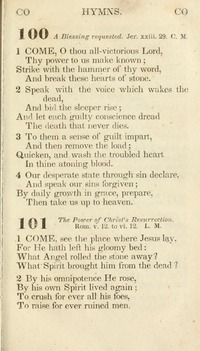 Come see the place where Jesus lay, For he hath left his gloomy bed

Come see the place where Jesus lay,
For He hath left his gloomy bed;
What angel roll'd the stone away?
What spirit brought Him from the dead?


By His omnipotence He rose,
By His own Spirit lived again,
To crush for ever all His foes,
To raise for ever ruin'd men.


Those who His image here partake,
Though worms in dust their flesh consume,
Shall sleep in Jesus, and awake
To life eternal from the tomb.


What shall restore a world from death,
Where Satan holds his murderous reign?
Spirit of Jesus! With Thy breath
Shake the dry bones, revive the slain.


Dead while they live are Adam's race,
By nature, since their Father's fall;
But, lo! the messengers of grace
Proclaim the gospel-hope to all.


130
Hear it ye dead, of every clime,
Before the second death begins;
Come forth to this new life in time,
This resurrection from your sins.

Come, see the place where Jesus lay, For he hath left, &c. J. Montgomery. [Easter.] Written for "The Seventh Anniversary of the Sheffield and Attercliffe Missionary Union in aid of the London Missionary Society," and first sung in public in Howard Street Independent Chapel, Sheffield, on Easter Sunday, April 2nd, 1820. It was printed on a flyleaf for use at these services, and signed "J. M." In 1825 it was included, after careful revision, by Montgomery in his Christian Psalmist, No. 407, in 6 stanzas of 4 lines, and entitled, "The power of Christ's Resurrection," No. 495, and again in Original Hymns, 1853, No. 127. Its use is extensive, the revised text of 1825-53 being that which is usually followed 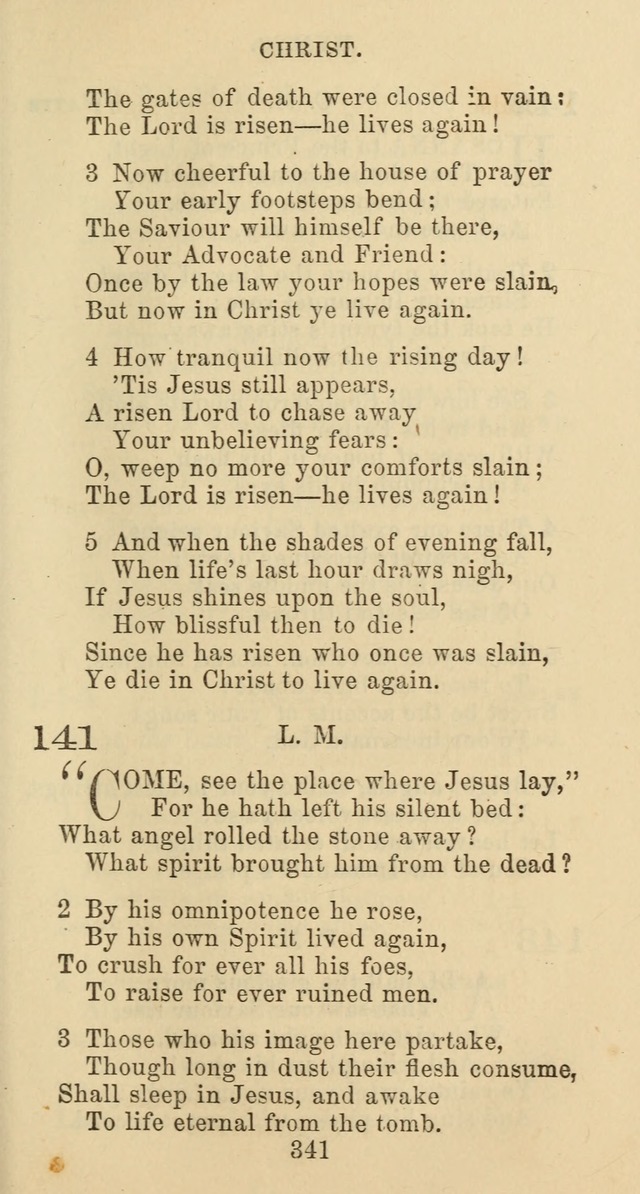 A Church of England Hymn Book #177

A Selection of Hymns, adapted to the devotions of the closet, the family, and the social circle; and containing subjects appropriate to the monthly concerns of prayer for the success... #101

The Christian Psalmist; or, Watts' Psalms and Hymns #56