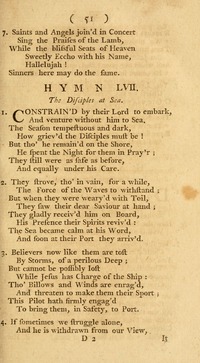 Constrained by their Lord to embark

1 Constrained by their Lord to embark,
And venture without him to sea.
The season tempestuous and dark,
How grieved the disciples must be!
But though he remain'd on the shore,
He spent the night for them in prayer;
They still were as safe as before,
And equally under his care.


2 They strove, though in vain, for a while,
The force of the waves to withstand;
But when they were wearied with toil,
They saw their dear Savior at hand;
They gladly received him on board,
His presence their spirits revived;
The sea became calm at his word,
And soon at their port they arrived.


3 Believers now like them are tossed
By storms, of a perilous deep;
But cannot be possibly lost
While Jesus has charge of the ship:
Though billows and winds are enraged,
And threaten to make them their sport;
This pilot hath firmly engaged
To bring them, in safety to port.


4 If sometimes we struggle alone,
And he is withdrawn from our view,
It makes us more willing to own
We nothing without him can do:
Then Satan our hopes would assail,
But Jesus is still within call;
And when our poor efforts quite fail,
He comes in good time, and does all.


5 Yet, Lord, we are ready to shrink,
Unless we thy presence perceive;
O save us (we cry) or we sink,
We would but we cannot believe:
The night has been long, and severe,
The winds and the seas are still high;
Dear Savior, this moment appear,
And say to our souls, "It is I!"


The Christian's duty, exhibited in a series of hymns, 1791

All tunes published with 'The Disiples at Sea'^ top 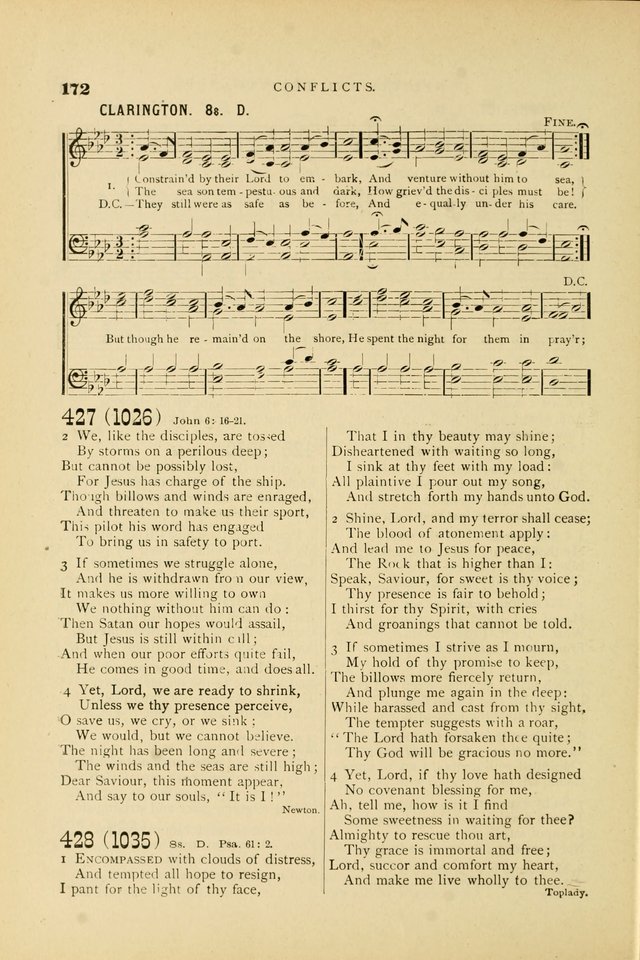 A Selection of Hymns, from the Best Authors #51

Christian's Duty, exhibited in a series of hymns #57

Divine Hymns or Spiritual Songs, for the use of religious assemblies and private Christians #AXXI

Display Title: The Disciples at sea First Line: Constrain'd by their Lord to embark Date: 1802
Divine Hymns or Spiritual Songs, for the use of religious assemblies and private Christians #AXXI

Hymns, Selected from Various Authors, for the Use of Young Persons 3rd Am. from 9th London ed. #d53

Hymns, Selected from Various Authors, for the Use of Young Persons #d45

The Christians Duty, exhibited, in a series of Hymns #LVII