Looking from Earth to Heaven 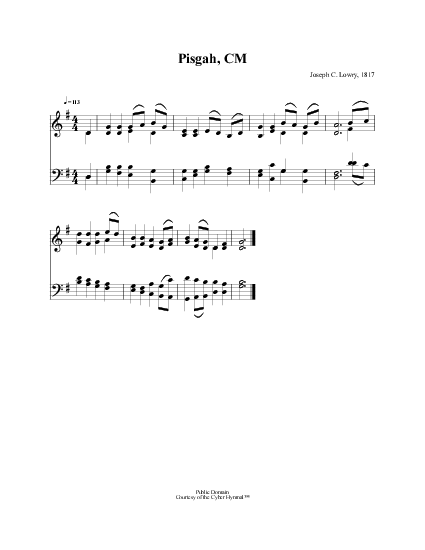 Death may dissolve my body now

[Death may dissolve my body now,
And bear my spirit home;
Why do my minutes move so slow,
Nor my salvation come?


With heav'nly weapons I have fought
The battles of the Lord;
Finished my course, and kept the faith,
And wait the sure reward.]


God has laid up in heav'n for me
A crown which cannot fade;
The righteous Judge at that great day
Shall place it on my head.


Nor hath the King of grace decreed
This prize for me alone;
But all that love and long to see
Th' appearance of his Son.


Jesus the Lord shall guard me safe
From every ill design;
And to his heav'nly kingdom keep
This feeble soul of mine.


God is my everlasting aid,
And hell shall rage in vain;
To him be highest glory paid
And endless praise--Amen.

Death may dissolve my body now. I. Watts. [Assurance of Heaven.] First published in his Hymns and Sacred Songs, &c., 1707, Bk. i., No. 27, in 6 stanzas of 4 lines, and entitled, "Assurance of Heaven; or, A Saint prepared to die." Its use in its full form, except in America, is limited. In Spurgeon's Our Own Hymn Book., No. 857, "With heavenly weapons I have fought” is composed of stanzas ii.-iv., slightly alteredition The original hymn, with slight alterations in stanza v. only, was included in the draft of the Scottish Translations and Paraphrases, 1745, as No. xxxiii. In the authorized issue of the Translations and Paraphrases, 1781, a recast of the original was given as No. Iv., "My race is run, my warfare's o'er." The alterations were numerous (the first line dating from the Draft of 1751); and in the markings by the eldest daughter of W. Cameron (q.v.) are ascribed to him. It must be designated, Watts, 1707, Sacred Translations & Paraphrases, 1781, W. Cameron.

All tunes published with 'Looking from Earth to Heaven'^ top 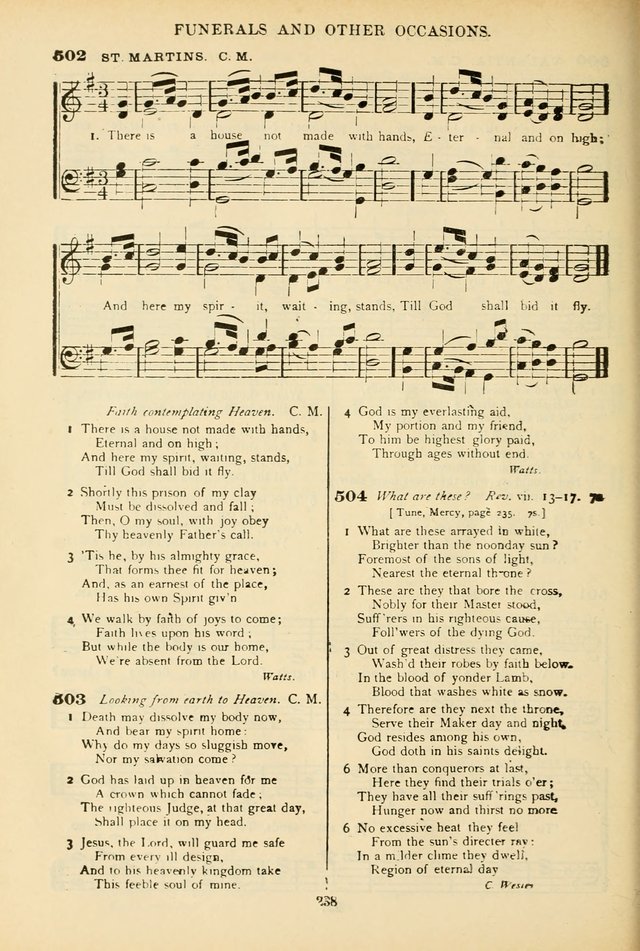 View Page
The African Methodist Episcopal Hymn and Tune Book: adapted to the doctrines and usages of the church (6th ed.) (1902), p.238
^ top