" God is able to graff them in again." 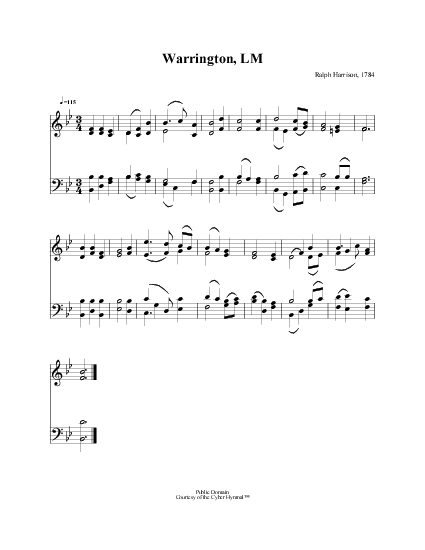 Disowned of heaven, by man oppressed


2 Lord, visit thy forsaken race.
Back to thy fold the wanderers bring;
Teach them to seek thy slighted grace.
And hail in Christ their promised King.


3 The veil of darkness rend in twain.
Which hides their Shiloh's glorious light;
The sever'd olive-branch again
Firm to its parent-stock unite.


4 Hail, glorious day, expected long!
When Jew and Greek one prayer shall pour,
With eager feet one temple throng.
With grateful praise one God adore.

Joyce, James, M.A., was born at Frome, Somersetshire, Nov. 2, 1781, and was for some years Vicar of Dorking, and died there Oct. 9, 1850. He published A Treatise on Love to God, &c, 1822, The Lays of Truth, a Poem, 1825; and Hymns with Notes, 1849. This last is a small work which he compiled for his parishioners. It is composed of passages of Holy Scripture, Meditations, and 20 Hymns. Of his hymns, the following are in common use:— 1. Disown'd of Heav'n, by man opprest. [On behalf of the Jews.] Tlds appeared in the Christian Observer, Nov., 1809, in 5 stanzas of 4 lines, headed, "Hymn applicable to the present condition of the Jews," and signed "J. J." The form in which it is known to modern collections is, "O why should Israel's so… Go to person page >
^ top

Disown'd of Heaven, by man opprest. J. Joyce. [On behalf of the Jews]. First appeared in the Christian Observer for Nov. 1809, in 5 stanzsa of 6 lines, entitled, "Hymn applicable to the Present Condition of the Jews," and signed " J. J." In 1833-5 two altered versions appeared almost together, both beginning,"O why should Israel's sons, once blest." One was included by Elliott in his Psalms & Hymns, 1835, No. 137, and the second in Bickersteth's Christian Psalmody, 1833, No. 408. In later hymnals Bickersteth's text has been almost exclusively adopted, as found in Windle's Collection, No. 305. Hall's alterations in the Mitre, 1836, No. 106, have passed out of use, in common with those of Elliott and others.

All tunes published with '" God is able to graff them in again."'^ top 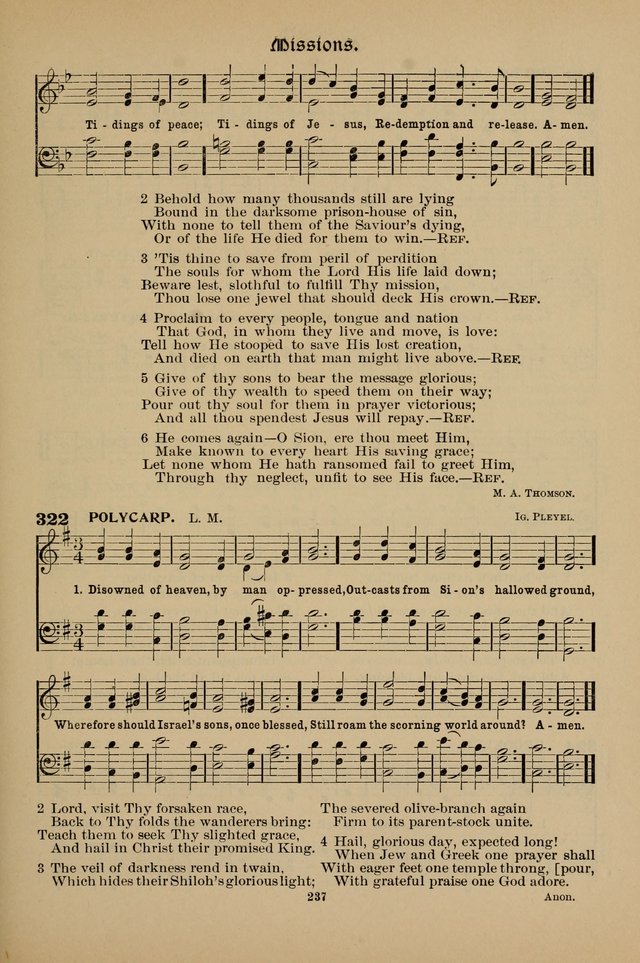