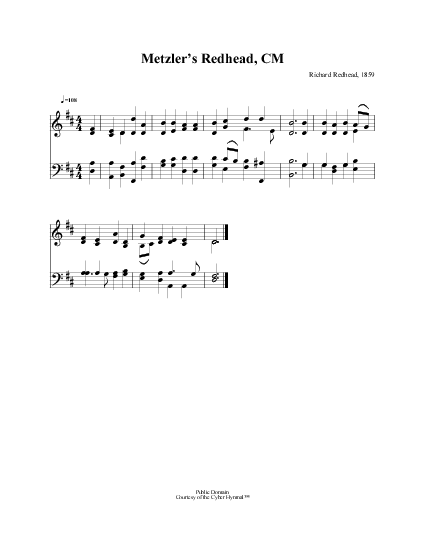 Far from the world, O Lord, I flee

1 Far from the world, O Lord, I flee,
From strife and tumult far;
From scenes where Satan wages till
His most successful war.


2 The calm retreat, the silent shade,
With prayer and praise agree;
And seem by thy great bounty made
For those who follow thee.


3 There, if thy Spirit touch the soul,
And grace her mean abode;
Oh! with what peace, and joy, and love,
She then communes with God.


4 Author and Guardian of my life!
Sweet Source of light divine,

Source: Laudes Domini: a selection of spiritual songs, ancient and modern for use in the prayer-meeting #37

Far from the world, O Lord, I flee. W. Cowper. Retirement.] In 1765, when the poet had recovered his balance of mind and had to leave the charge of Dr. Cotton at St. Albans, under whose care he had been placed by his family, his friends

"Subscribed amongst themselves an annual allowance, such as made his own diminished means just sufficient to maintain him respectably, but frugally, in retirement, and left him to follow his own course. His resolution to withdraw from the business of the world, and from its society, occasioned those poems which, because of the circumstances that gave rise to them, belong properly to the personal history of an author.

Far from the world, O Lord, I flee,
From strife and tumult far;
From scenes where Satan wages still
His most successful was.'"

“After many unsuccessful attempts to procure lodgings nearer Cambridge, John Cowper wrote to say he had found some at Huntingdon, which he believed might suit him."

On Saturday, June 22, 1765, Cowper was taken to Huntingdon by his brother, and there left alone.

"No sooner," says Cowper, "had he left me, than finding myself surrounded by strangers, and in a strange place, my spirits began to sink, and I felt (such was the backsliding state of my heart) like a traveller in the midst of an inhospitable desert, without friend to comfort, or a guide to direct him. I walked forth, towards the close of the day, and in this melancholy frame of mind, and having wandered about a mile from the town, I found my heart, at length so powerfully drawn towards the Lord, that having a retired and secret nook in the corner of a field, I kneeled down under a bank and poured forth my complaints before him. It pleased my Saviour to hear me, so that this oppression was taken off, and I was enabled to trust in him that careth for the stranger, to roll my burden upon him, and to rest assured that wheresoever he might cast my lot, the God of all consolation would still be with me. But this was not all. He did for me more than either I had asked or thought.”

The following day, Sunday, June 23, 1765, Cowper attended church for the first time after his recovery. He was specially impressed by the devotion of one of the worshippers, and with the reading of the Gospel of the day (1st S. after Trinity), which contained the parable of the Prodigal Son. He says:—

"I went immediately after church to the place where I had prayed the day before, and found the relief I had there received was but the earnest of a richer blessing. How shall I express what the Lord did for me, except by saying,that he made all his goodness to pass before me. 1 seemed to speak to him face to face, as a man conversing with his friend, except that my speech was only in tears of joy, and groanings which cannot be uttered. I could say indeed with Jacob, not 'how dreadful,' but how lovely, ’is this place! This is none other than the house of God.' "—Southey, i. pp. 108-9.

Although Southey does not say that this hymn was written on this special occasion, and although he quotes the hymn three pages before he gives these details, yet, when we read in stanza ii.,

"The calm retreat, the silent shade,
With prayer and praise agree;
And seem, by Thy sweet bounty, made
For those who follow Thee,"

we feel that these must have been the circumstances and this the birthplace of the hymn. If so, its date will be June 23, 1765.
The publication of this hymn we have not been able to trace beyond the Olney Hymns, 1779, Book iii., No. 45, in 6 stanzas of 4 lines, and headed "Retirement." We have seen it stated that it appeared in the Gospel Magazine prior to this, but this is an error. Its use is extensive for a hymn of so personal a character. It is very beautiful, and its associations with the poet's personal history give it a position of historical importance.

All tunes published with 'Retirement and Meditation'^ top 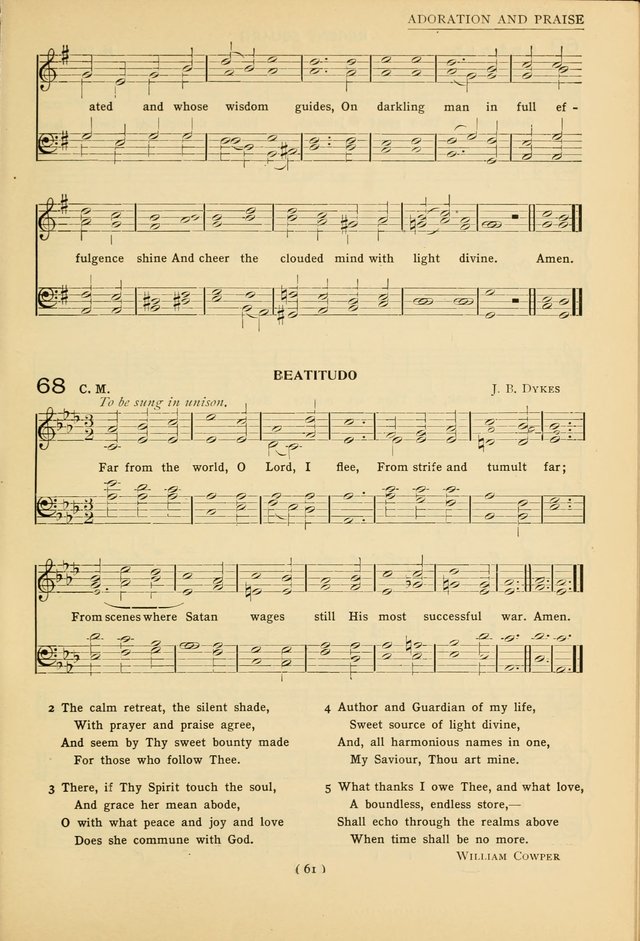