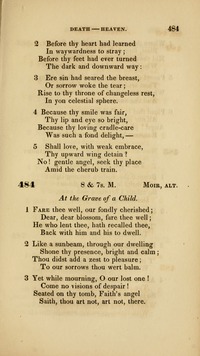 Fare thee well, our fondly cherished!
Dear, dear blossom, fare thee well!
He who lent thee hath recalled thee,
Back with Him and His to dwell.

Like a sunbeam through our dwelling
Shone thy presence, bright and calm;
Thou didst add a zest to pleasure;
To our sorrows thou wast balm.

Yet while mourning, O our lost one,
Come no visions of despair!
Seated on thy tomb, Faith’s angel
Saith, thou art not, art not there.

Where, then, art thou? with the Saviour,
Blest, forever blest, to be;
’Mid the sinless little children
Who have heard his “Come to me.”

Passed the shades of death’s dark valley,
Thou art leaning on his breast,
Where the wicked may not enter,
And the weary are at rest.

Plead, that in a Father’s mercy
All our sins may be forgiven;
Angel! plead, that thou may’st greet us,
Ransomed, at the gates of heaven.

Moir, David Macbeth, was born at Musselburgh, Jan. 5, 1798. After attending the medical classes in the University of Edinburgh, he settled down as a doctor in his native place. In June, 1851, he went to Dumfries to recruit, but died there, July 6, and was buried at Inveresk, Musselburgh, July 10, 1851. His poems, selected and edited, with a memoir, by Thomas Aird, were published in 1852, in 2 vols., as The Poetical Works of David Macbeth Moir. He marked his graver contributions to Blackwood's Magazine with the signature "Delta" or Δ and in the number for August, 1832, there appeared "Devotional Melodies by Delta." These were three in number:— 1. Return, once more return, O wanderer. 2. O who is like the Mighty One. 3. How pleasan… Go to person page >
^ top 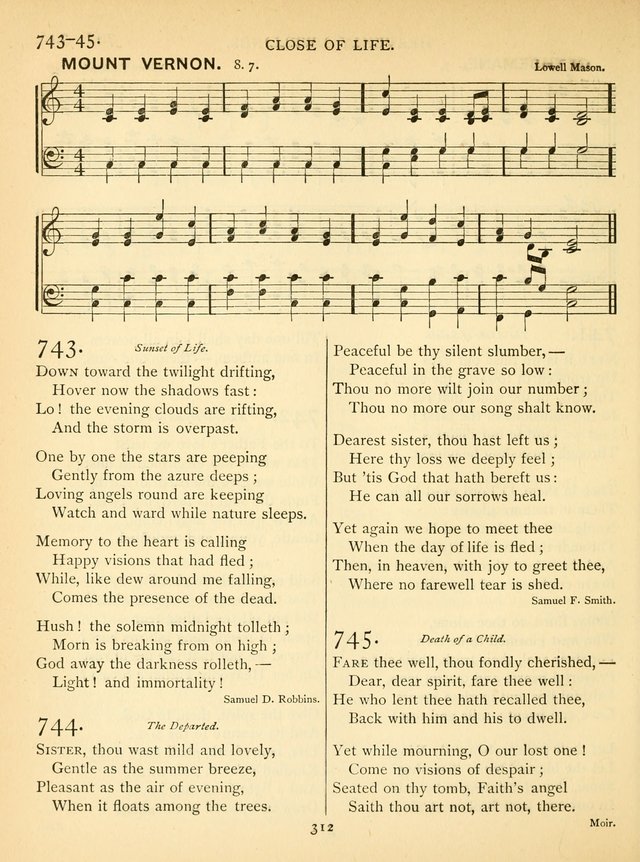 Hymn and Tune Book for the Church and the Home and Services for Congregational Worship. Rev. ed. #d135

Hymn and Tune Book, for the Church and the Home #523

Hymns for the Christian Church, for the Use of the First Church of Christ in Boston #444

Hymns for the Church of Christ (3rd thousand) #766

Hymns for the Sanctuary #608