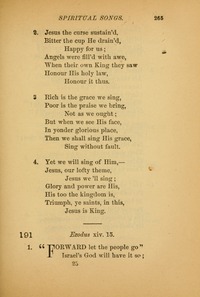 Forward let the people go. T. Kelly. [Press Onward.] Appeared in his Hymns . . . Not before Published, 1815, No. 70, in 5 stanzas of 6 lines. It was subsequently included in the various editions of his Hymns on Various Passages of Holy Scripture, &c. The hymn, No. 1166, in the 1869 Supplement to the New Congregational Hymn Book, “Onward let My children go," is composed of stanzas i., iii., ii. and iv., in the order named but somewhat altered. Both the original, and the altered form of the hymn are in other collections. 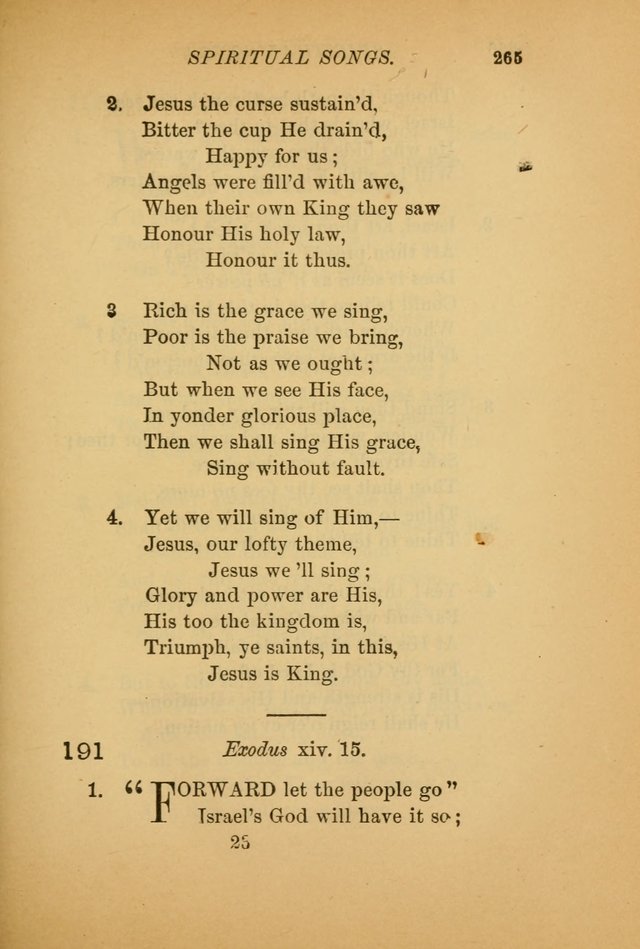 View Page
Hymns for the Church on Earth: being three hundred and sixty-six hymns and spiritual songs. (For the most part of modern date.) (New Ed.) (1883), p.267
^ top

Hymns for the Church on Earth #191