From year to year in love we meet 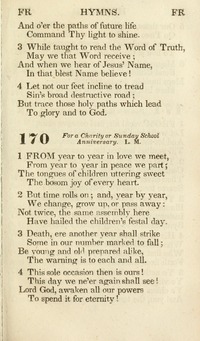 From year to year in love we meet


2 But time rolls on; and, year by year,
We change, grow up, or pass away;
Not twice the same assembly here
Have hailed the children's festal day.


3 Death, ere another year, may strike
Some in our number marked to fall:
Be, young and old, prepared alike;
The warning is to each, to all.


Source: The Voice of Praise: a collection of hymns for the use of the Methodist Church #853

From year to year in love we meet. J. Montgomery. [S. S. Anniversary.] This hymn was evidently written for one of the great gatherings of Sunday School children at Whitsuntide, at Sheffield. It is No. 545 in his Christian Psalmist, 1825, in 6 stanzas of 4 lines. It did not appear in the first copies of the first edition of his Original Hymns, 1853, but took the place of a cancelled hymn (“Our hearts are glad to hear," No. 338) in later copies of the same issue. It is popular with modern compilers. 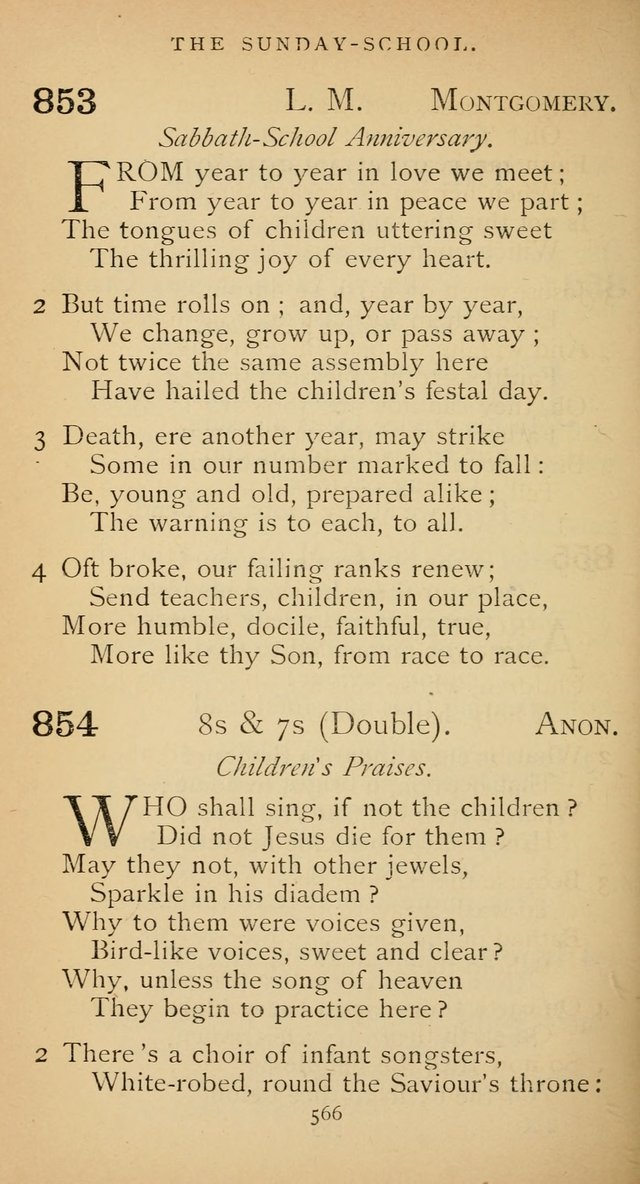 A Collection of Hymns, for the use of the Wesleyan Methodist Connection of America. #560

A Selection of Hymns for the Use of Social Religious Meetings and for Private Devotions. 7th ed. #421

A Selection of Hymns, adapted to the devotions of the closet, the family, and the social circle; and containing subjects appropriate to the monthly concerns of prayer for the success... #170

Hymns for Public Worship in the Diocese of Fredericton. 2nd ed. #d52

Hymns for the Vestry and the Fireside #d98

Hymns for Youth, Suitable to be Used in Sabbath and Parochial Schools #294

The Halifax Selection of Hymns #d136

The New Congregational Hymn and Tune Book, for Public, Social and Private Worship #97