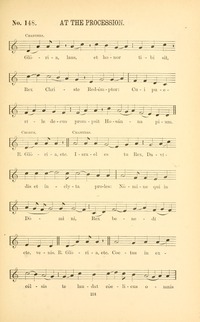 Theodulph of Orleans appears to have been a native of Italy. He was brought to France by Charles the Great, perhaps when Charles returned from Italy in 781. He became Bishop of Orleans about 785, and soon afterwards also Abbot of Fleury. After the death of Charles he continued for some time on friendly terms with the Emperor Louis, but, falling under suspicion of being concerned in the plot in favour of Bernard of Italy, was imprisoned in 818, at Angers, where he seems to have died in 821, apparently on Sep. 18. There is a full and interesting sketch of his life and works in the Dictionary of Chr. Biog., iii., pp. 983-989. See also Potthast's Biblical History, Medii Aevi, 1896, vol. ii., p. 1058. The best and most recent edition of his Carm… Go to person page >
^ top

Gloria laus et honor. St. Theodulph of Orleans. [Palm Sunday.] That this hymn was written by St. Theodulph seems beyond all reasonable doubt. That it was written by him while imprisoned in the cloister, at Angers, about 820 or 821, is highly probable. Regarding its origin Clichtoveus, in his Elucidatorium, 1516, f. 316, tells a pretty story to the following effect:—

On Palm Sunday, 821, Louis the Pious, King of France, was at Angers and took part in the usual procession of the clergy and laity. As the procession passed the place where St. Theodulph was incarcerated he stood at the open window of his cell, and amid the silence of the people, sung this hymn which he had newly composed. The king was so much delighted with the hymn that he at once ordered St. Theodulph to be set at liberty and restored to his see; and ordained that henceforth the hymn should always be used in processions on Palm Sunday.

The story is not, however, a contemporary one; and moreover it seems clear that Louis the Pious was never in Angers after 818. It is also almost certain that St. Theodulph was never really restored to his see, but that he died at Angers in 821.

The ritual use of this hymn was always as a Processional on Palm Sunday. According to the Sarum use the first four stanzas were to be sung before leaving the church by seven boys "in loco em mention," near the south door. In the use of York the boys of the choir seem to have gone up to a temporary gallery over the door of the church and there sang the first four stanzas. After each of the first three stanzas the rest of the choir, kneeling below, sang stanza i. as a refrain. At the end of stanza iv. the boys began the refrain and the rest of the choir, standing up, sang it along with them. In the Hereford use the procession went to the gates of the town. These being shut seven boys of the choir went to the summit and there sang the hymn. In the uses of Tours and Rouen it was also sung at the gate of the city. According to the modern Roman use it is sung when the procession returns to the church; two or four singers entering the church, and when the door has been closed, facing it and singing the hymn while the rest outside repeat the chorus.

"Another verse was usually sung, till the l7th century; at the pious quaintness of which we can scarcely avoid a smile:—

‘Be Thou, O Lord, the Rider,
And we the little ass;
That to God's holy city
Together we may pass.'" 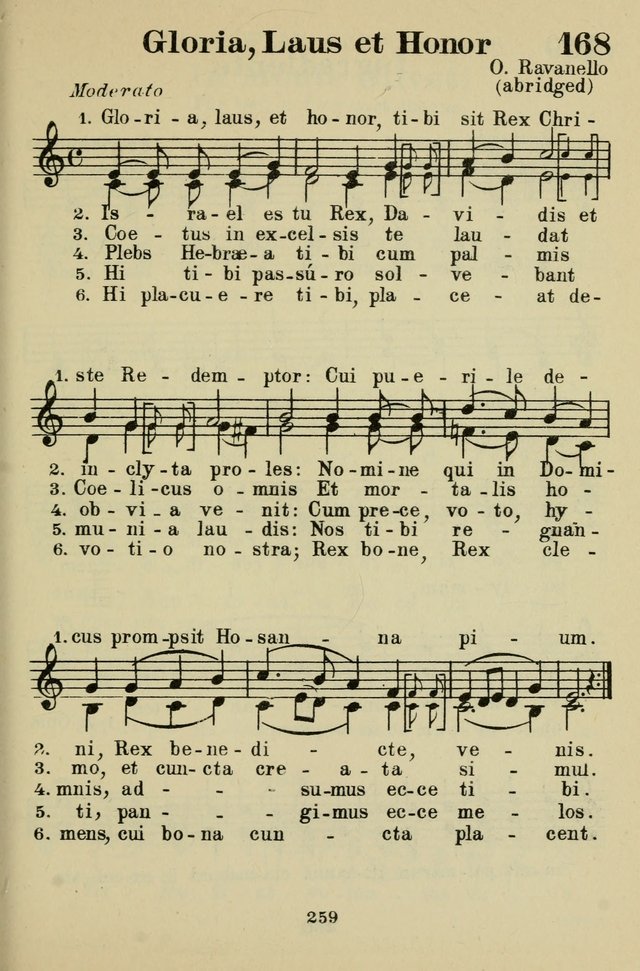 English and Latin Hymns, or Harmonies to Part I of the Roman Hymnal #148