The Missionary Charged and Encouraged 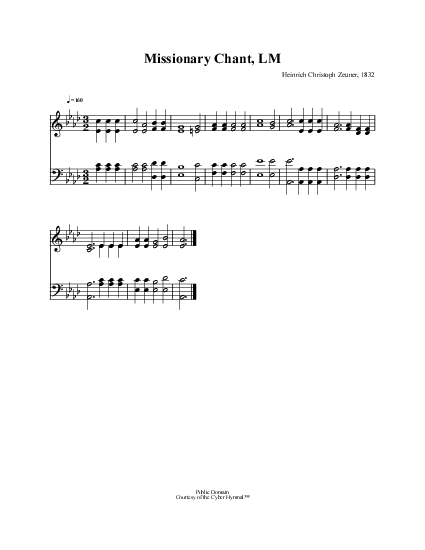 Go messenger of peace and love

1 Go, messenger of peace and love,
To people plunged in shades of night;
Like angels sent from fields above
Be thine to shed celestial light.


2 Go to the hungry, food impart;
To paths of peace the wanderer guide;
And lead the thirsty, panting heart
Where streams of living water glide.


3 O, faint not in the day of toil;
When harvest waits the reaper's hand,
Go gather in the glorious spoil,
And joyous in his presence stand.


4 Thy love a rich reward shall find
From Him who sits enthroned on high;
For they who turn the erring mind
Shall shine like stars above the sky.

Source: The Seventh-Day Adventist Hymn and Tune Book: for use in divine worship #1038

Balfour, Alexander, was born of poor parents at Monikie, Forfarshire, 1767. For some time he was engaged in business pursuits, but through lack of success therein he entered the publishing house of Messrs. Blackwood, of Edinburgh, as a clerk, in 1818. He died in 1829. He published several works in prose and verse. His hymn, "Go, messenger of peace and love," is noted on p. 430, ii. --John Julian, Dictionary of Hymnology, Appendix, Part II (1907)  Go to person page >
^ top

Go, messenger of peace and love. A. Balfour. [Departure of a Missionary.] This hymn appeared in the Baptist New Selection, 1828, No. 361, in 10 stanzas of 4 lines, with the signature of "Balfour." In the revised and enlarged edition, 1838, it retained the same signature, but in the Baptist Psalms & Hymns, revised edition, 1871 and 1880, it was reduced to 6 stanzas and the signature was expanded into "Alexander Balfour, 1828." Beyond this no definite information has been obtained. Its use is limited.

All tunes published with 'The Missionary Charged and Encouraged'^ top 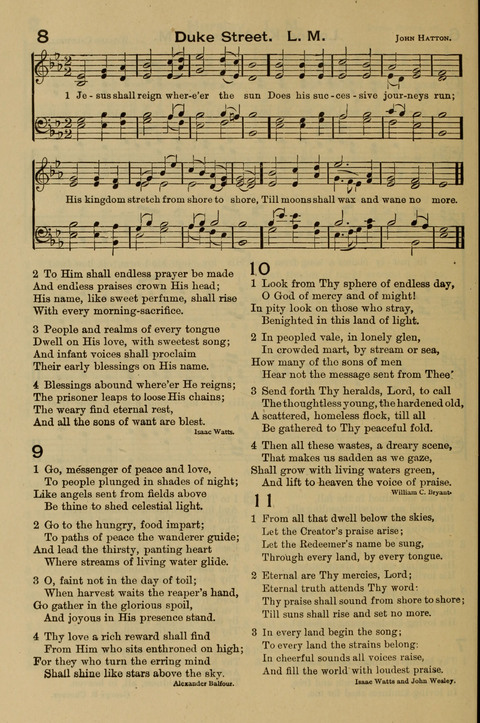