The Mystery of Love 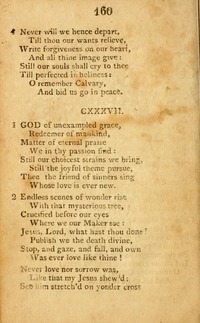 God of unexampled grace. C. Wesley. [Passiontide.] First published in his Hymns on the Lord's Supper, 1745, No. 21, in 9 stanzas of 8 lines (Poetical Works, 1868-72, vol. iii. p. 229). From this the following centos have come into common use:
1. In M. Madan's Psalms & Hymns, 1760, No. 159 is composed of stanzas i.-iii. This was added to the Supplement to the Wesleyan Hymn Book, 1830, and is retained in the revised edition, 1875.
2. In A. M. Toplady's Psalms & Hymns, 1776, No. 299 is composed of stanzas i.-iv., vi., viii. ix., with alterations.
3. In the Wesleyan Hymn Book, 1800-1, stanza iv.-ix., beginning "Jesus drinks the bitter cup." This is in a few Methodist collections, but is omitted from the revised edition of the Wesleyan Hymn Book, 1875.
The use of portions of this hymn is thus somewhat extensive, especially amongst the Methodist bodies. In common with Milton ("Hymn for the Morning of Christ's Nativity") and others, Wesley has pressed heathen mythology into the service of Christianity in this hymn. The fifth stanza reads:—

"Dies the glorious cause of all
The true eternal Pan,
Falls to raise us from the fall
To ransom sinful man.
“Well may Sol withdraw his light,
With the Sufferer sympathise,
Leave the world in sudden night,
While his Creator dies."

For more tune info, see Zahn 7341a or Hymn Tune Index 1648a-d. Note that attributions to James Nares don't appear until after 1820.

All tunes published with 'The Mystery of Love'^ top 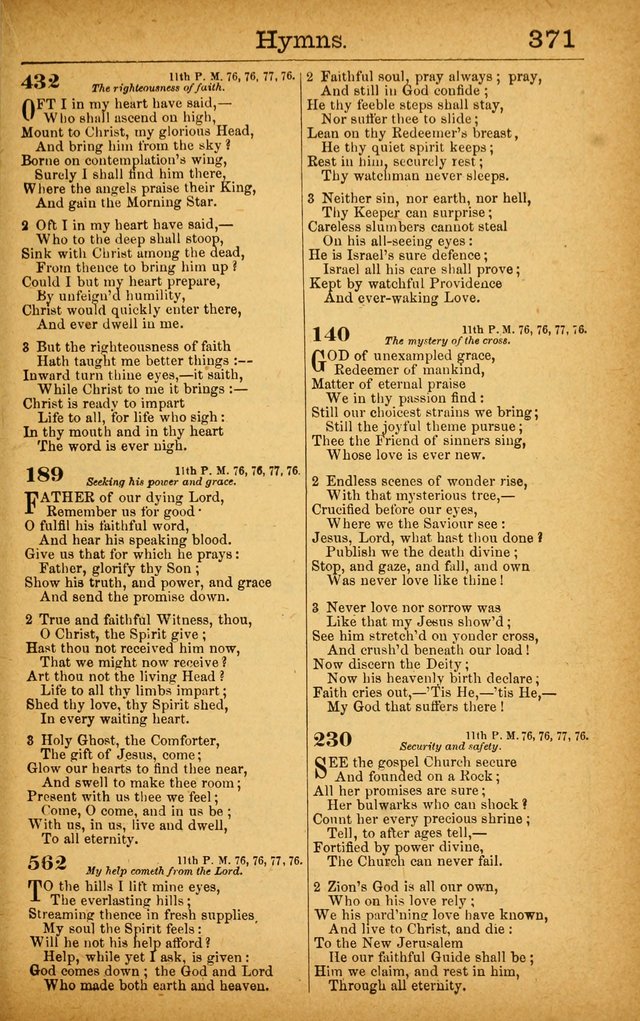