Guide us, O thou great Redeemer 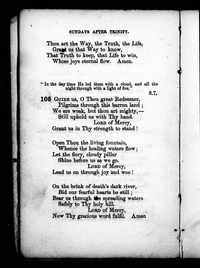 Guide us, O thou great Redeemer

Arglwydd arwain trwy'r anialwch. W. Williams. [Strength to pass through the Wilderness.] This was published in the firstedition of the author's Alleluia , Bristol, 1745, in 5 stanzas of 6 lines.
The first translation of a part of this hymn into English was by Peter Williams, in his Hymns on Various Subjects (vii.), Together with The Novice Instructed: Being an abstract of a letter written to a Friend. By the Rev. P. Williams, Carmarthen, 1771, Printed for the author.

This leaflet was undated, but was c. 1772. During the same or the following year, it was included in the Lady H. Collection, 5th edition, Bath, W. Gye, No. 94. Stanzas i.-iii. had previously appeared in The Collection of Hymns. sung in the Countess of Huntingdon's Chapels in Sussex. Edinburgh: Printed by A. Donaldson, for William Balcombe, Angmoring, Sussex, No. 202. This is undated; but Mr. Brooke's copy contains the autograph, "Elizabt. Featherstonehaugh, 1772," the writing and ink of which show it to be genuine. We can safely date it 1771. It was repeated in G. Whitefield's Psalms & Hymns, 1773; in Conyers, 1774, and others, until it has become one of the most extensively used hymns in the English language.
There are diversities of text in use the origin of which in every case it is difficult to determine. The most widely known are:—

This hymn in one form or another has been rendered into many languages, but invariably from the English. These translations included the Rev. B. Bingham's rendering into Latin, "Magne tu, Jehova," of the 3 stanza arrangement, given with the English text, in his Hymnologia Christiana Latina, 1871. 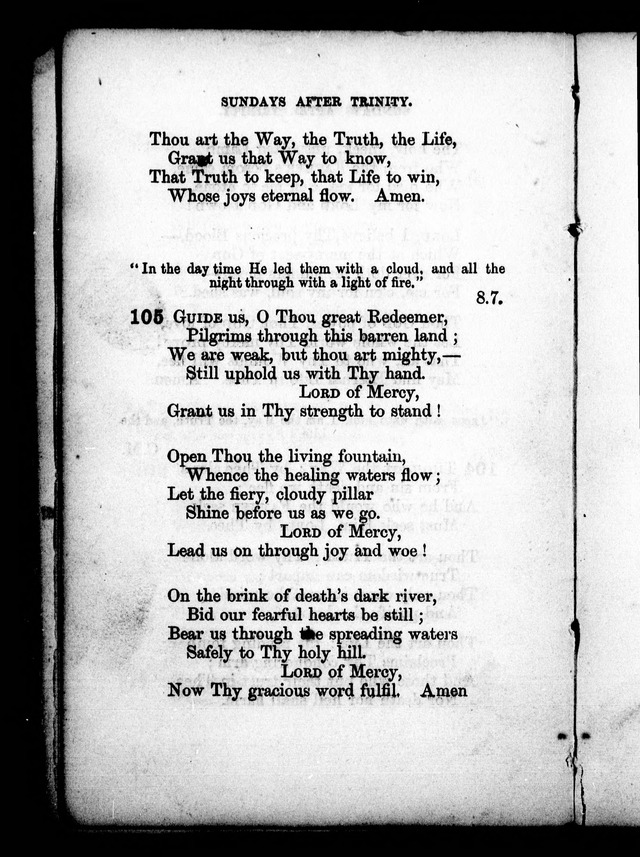 View Page
A Church Hymn Book: for the use of congregations of the United Church of England and Ireland (1861), p.106
^ top