Happy Our Home When God Is There

Happy our home when God is there, Binding our hearts in love 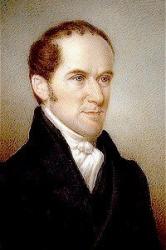 Henry Ware was born in Hingham, Massachusetts, in 1793. His father was a Unitarian minister; afterwards a Professor in Harvard College. Young Ware graduated at Harvard, studied theology, and became minister of the Second Unitarian Society, in Boston, in 1817. After a ministry of twelve years, he made a foreign tour, and on his return was elected "Parkman Professor of Pulpit Eloquence and Pastoral Theology" in Harvard College. In this position he obtained eminence. He died in September, 1843. His collected works in four volumes, were edited after his death, by the Rev. Chandler Robbins. --Annotations of the Hymnal, Charles Hutchins, M.A., 1872… Go to person page >
^ top

John B. Dykes (PHH 147) composed ST. AGNES for [Jesus the Very Thought of Thee]. Dykes named the tune after a young Roman Christian woman who was martyred in A.D. 304 during the reign of Diocletian. St. Agnes was sentenced to death for refusing to marry a nobleman to whom she said, "I am already eng…