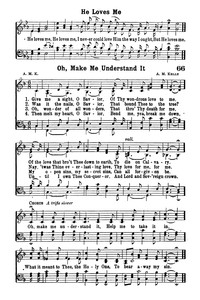 Author: Wendell P. Loveless
Tune: [He loves me, He loves me] (Loveless)
Published in 5 hymnals

Rv Wendell Phillips Loveless USA 1892-1987, Born in Wheaton, IL, he first engaged in business in Chicago. In 1914 he became a member of an entertainment group that toured the U.S. on the Chatauqua circuit. Spending six years with the group he learned voice, piano, dramatics, and MC duties, later managing the group. He later used these talents in Christian ministry. In 1917 he married Velma Stone, and they had three children: Robert, David, and Wendell Jr. He was a Lieutenant in the Marine Corps during WWI. He was converted through reading the Bible at home. He joined the Moody Bible Institute (MBI) in 1926, first as business manager of the extension department. He later became director of the Moody Bible Institute radio station WM… Go to person page >
^ top

All tunes published with 'He Loves Me'^ top 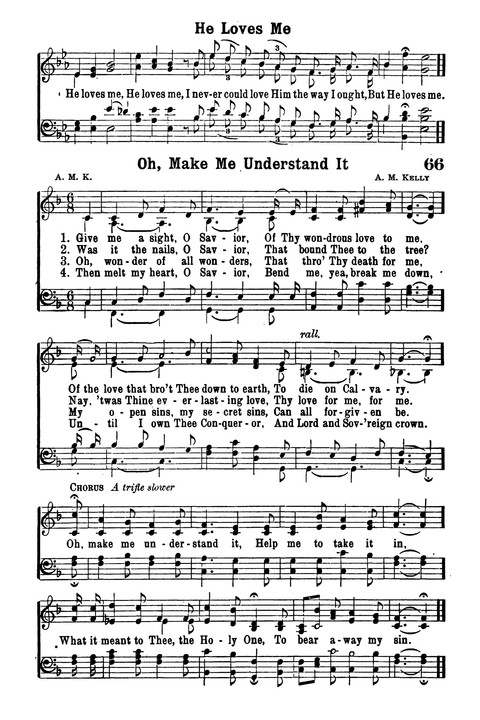 Choice Hymns of the Faith #65

Salvation Songs for Children, No.4 #d18