He who once, in righteous vengeance 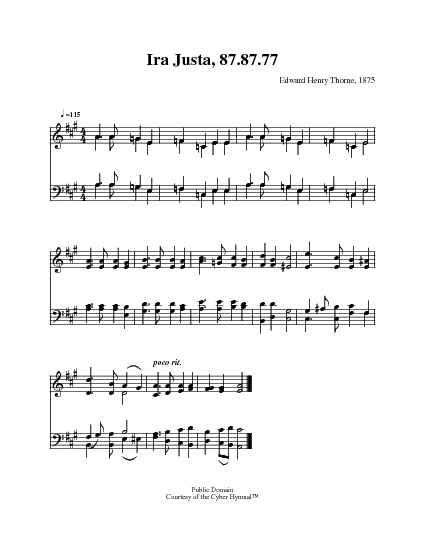 He who once, in righteous vengeance

1 He, Who once in righteous vengeance
Whelmed the world beneath the flood,
Once again in mercy cleansed it
With His own most precious blood;
Coming from His throne on high,
On the painful cross to die.


2 O the wisdom of the Eternal!
O its depth, and height divine!
O the sweetness of that mercy
Which in Jesus Christ did shine!
We were sinners doomed to die;
Jesus paid the penalty.


3 When before the Judge we tremble,
Conscious of His broken laws,
May the blood of His atonement
Cry aloud, and plead our cause;
Bid our guilty terrors cease,
Be our pardon and our peace.

Ira justa Conditoris. [Passiontide.] In the Office of the Most precious Blood of our Lord Jesus Christ this is the hymn at Matins.

This Office is one of those added to the Roman Breviary since 1735. In the Bologna edition, 1827, it is given in the Appendix to the Pars Vernalis as one of the festivals of March, and as a double of the first class; but by a decree of Pope Pius IX., Aug. 10, 1849, it is ranked as a double of the second class and appointed for the 1st Sunday in July.

MEINE HOFFNUNG received its name from its association with Joachim Neander's (PHH 244) text "Meine Hoffnung stehet feste" ("All My Hope on God Is Founded"). The tune was published with Newton's text in Neander's Alpha and Omega (1680). (The chorale found in Johann S. Bach's Cantata 40 is very loosel…

All tunes published with 'He who once, in righteous vengeance'^ top 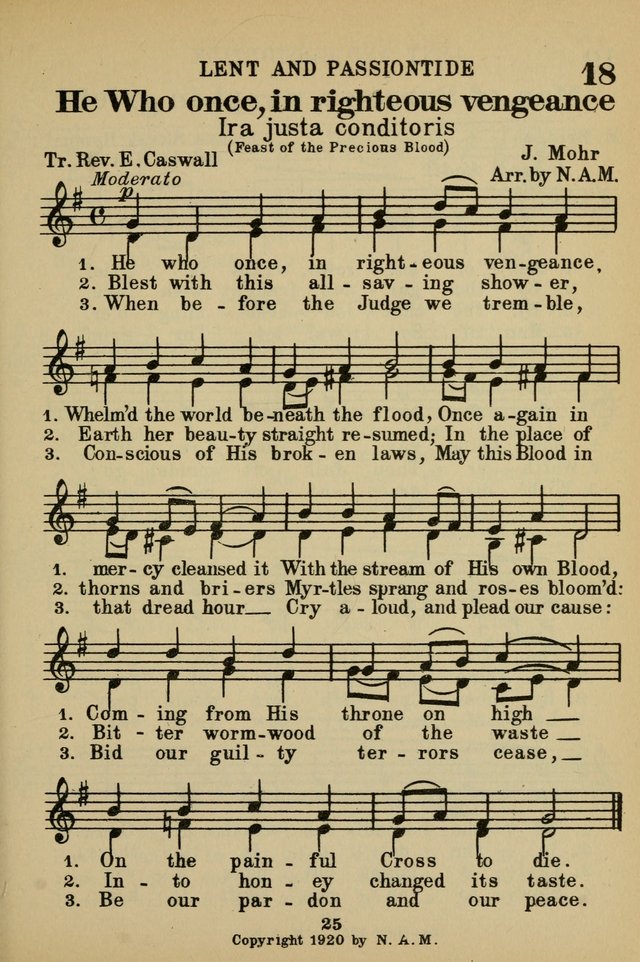 Display Title: He Who Once in Righteous Vengeance First Line: He who once in righteous vengeance Tune Title: IRA JUSTA Author: Edward Caswall Meter: 87.87.77 Source: Roman Breviary, 1827; Translation in Lyra Catholica, 1849
The Cyber Hymnal #2681
Include 30 pre-1979 instances
All instances^ top
Suggestions or corrections? Contact us