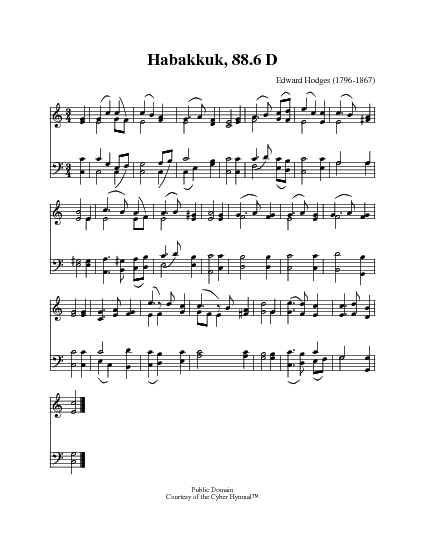 How happy is the pilgrim's lot

1 How happy is the pilgrim's lot,
How free from every anxious thought,
From worldly hope and fear!
Confined to neither court nor cell,
His soul disdains on earth to dwell,--
He only sojourns here.


2 No foot of land do I possess,
No cottage in this wilderness;
A poor wayfaring man,
I lodge awhile in tents below,
Or gladly wander to and fro,
Till I my Canaan gain.


3 There is my house and portion fair,
My treasure and my heart are there,
And my abiding home;
For me my elder brethren stay,
And angels beckon me away,
And Jesus bids me come.


4 I come, thy servant, Lord, replies;
I come to meet thee in the skies,
And claim my heavenly rest!
Now let the pilgrim's journey end,
Now, O my Saviour, Brother, Friend,
Receive me to thy breast!

Source: The Voice of Praise: a collection of hymns for the use of the Methodist Church #1020

How happy is the pilgrim's lot. [Desiring Heaven.] Appeared in the Wesley Hymns for those that Seek, and those that Have Redemption, 1747, No. 51, in 9 stanzas of 6 lines. When given in the Wesleyan Hymn Book, 1780-1875, the fourth stanza was omitted. (Poetical Works, 1868-72, vol. iv. p. 278.) Although somewhat unreal as a hymn for general use, it has long been most popular with the Methodist bodies. Stanza v., "No foot of land do I possess," and vii., "There is my house, and portion fair," have gathered around them reminiscences, in many instances of a tenderly sacred character, some of which are noted in detail in Stevenson's Methodist Hymn Book Notes, 1883, p. 77. In Stevenson's Notes this hymn is attributed to John Wesley, and in the Index to the same work to Charles Wesley. The former is also the almost universal ascription in America, the argument usually put forth being that the personal circumstances evidently referred to suited John Wesley rather than Charles. The editors of the Wesleyan Hymn Book are in doubt, and have left the authorship an open question. As there is no direct evidence either way, we must follow their example.

All tunes published with 'The Pilgrim's Happy Lot'^ top 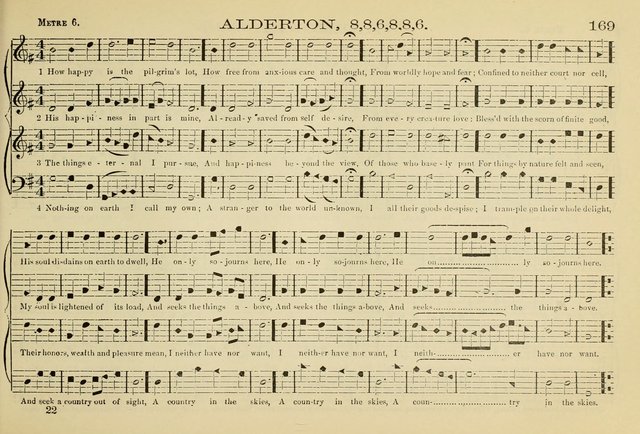 Display Title: How Happy Is the Pilgrim's Lot First Line: How happy is the pilgrim's lot Tune Title: HABAKKUK Author: John Wesley Meter: 88.6 D Source: Hymns for Those That Seek and Those That Have Redemption in the Blood of Jesus, 1747
The Cyber Hymnal #2442
Include 177 pre-1979 instances
All instances^ top
Suggestions or corrections? Contact us