How still and peaceful is the grave! 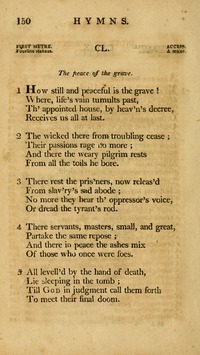 How still and peaceful is the grave!

1 How still and peaceful is the grave!
where, life’s vain tumults past,
th’ appointed house, by Heav’n’s decree,
receives us all at last.
2 The wicked there from troubling cease;
their passions rage no more;
and there the weary pilgrim rests
from all the toils he bore.


3 There rest the pris’ners, now releas'd
from slav'ry’s sad abode;
no more they hear th’ oppressor’s voice,
or dread the tyrant’s rod.
4 There servants, masters, small and great,
partake the same repose;
and there, in peace, the ashes mix
of those who once were foes.


5 All, levell'd by the hand of Death,
lie sleeping in the tomb;
till God, in judgment calls them forth,
to meet their final doom. 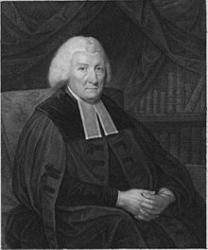 How still and peaceful is the grave. Hugh Blair. [Burial of the Dead.] First appeared as No. 39 in the Draft Scottish Translations and Paraphrases, 1745, as a version of Job iii. 17-20, thus:—

"How still and peaceful is the Grave!
that silent Bed how blest!
The Wicked there from Troubling cease,
and there the Weary rest.

"There the freed Pris'ner groans no more
beneath Life's galling Load:
Mute is th' Oppressor's cruel Voice;
and broke the Tyrant's Rod.

“There Slaves and Masters equally,
and share the same Repose:
The Small and Great are there; and Friends
now mingle with their Foes."

In the draft of 1781 it appeared as No. 4, rewritten in 5 stanzas; and again, with three lines altered, in the public worship edition issued in that year by the Church of Scotland, and still in use. In the markings by the eldest daughter of W. Cameron (q.v.) the original is ascribed to Blair, and the alterations in 1781 to Cameron. It is given also in several modern hymnals in Great Britain and America. [Rev. James Mearns, M.A.]

All tunes published with 'How still and peaceful is the grave!'^ top 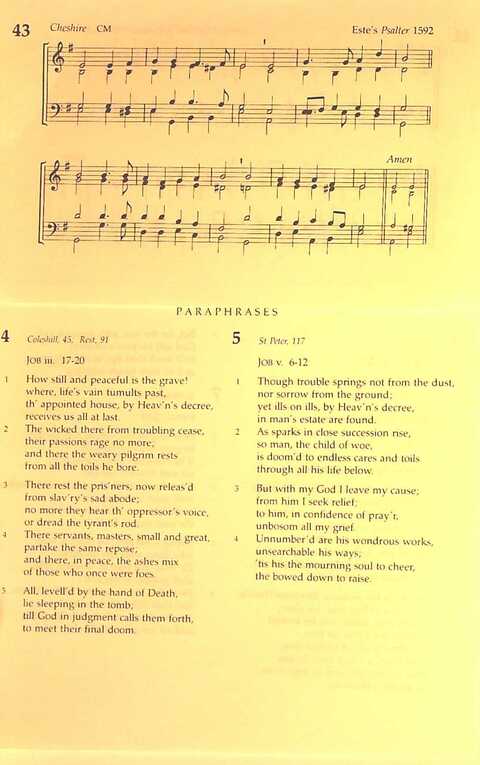