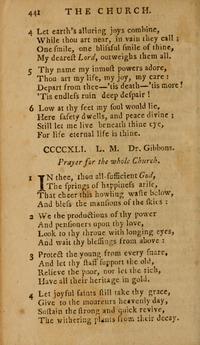 1 Humble souls who seek salvation,
Thro' the Lamb's redeeming blood,
Hear the voice of recollection,
Tread the path that Jesus trod:
Flee to him your only savior,
In his mighty name confide;
Thro' the whole of your behavior,
Own him as your sovereign guide.


2 Hear the blest redeemer call you,
Listen to his gracious voice;
Dread no ills that can befal you,
While you make his ways your choice,
Jesus faith, let each believer,
Be baptised in my name;
He himself in Jordan's river,
Was immers'd beneath the stream.


3 Plainly here his footsteps tracing,
Follow him without delay;
Gladly his command embracing,
Lo! your captain leads the way;
View the rite with understanding,
Jesus' grave before you lies,
Be inter'd at his commanding,
After his example rise. 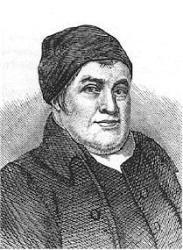 An orphan at the age of twelve, John Fawcett (b. Lidget Green, Yorkshire, England, 1740; d. Hebden Bridge, Yorkshire, 1817) became apprenticed to a tailor and was largely self-educated. He was converted by the preaching of George Whitefield at the age of sixteen and began preaching soon thereafter. In 1765 Fawcett was called to a small, poor, Baptist country church in Wainsgate, Yorkshire. Seven years later he received a call from the large and influential Carter's Lane Church in London, England. Fawcett accepted the call and preached his farewell sermon. The day of departure came, and his family's belongings were loaded on carts, but the distraught congregation begged him to stay. In Singers and Songs of the Church (1869), Josiah Miller te… Go to person page >
^ top

Humble souls who seek salvation. J. Fawcett. [Follow the Lamb.] The earliest date to which we have traced this hymn (although probably it previously appeared in a magazine with which we are unacquainted) is in John Fellows's Hymns on Believers’ Baptism, 1773, No. 25, in 3 stanzas of 8 lines. It next appeared in John Fawcett's Hymns, &c, 1782, No. 117, with the heading "Invitation to follow the Lamb, Matt. iii. 15," and the following note:—

"The Author lays claim to this hymn, tho' it has appear'd under another name: he hopes the insertion of it, and the following ["Ye saints, with one accord"] will give no offence to those of his friends who are differently minded, as to the subject to which they refer."

With this note before us, we have no hesita¬tion in ascribing this hymn to John Fawcett. Its use is mainly confined to America.

All tunes published with 'Humble souls, who seek salvation'^ top 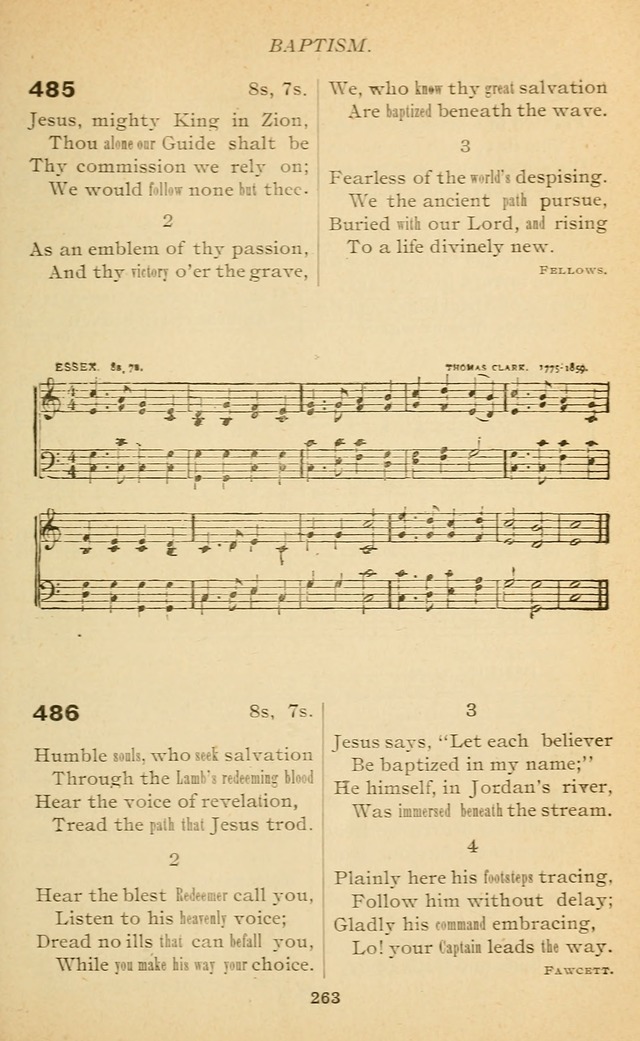 A Baptist Hymn Book, Designed Especially for the Regular Baptist Church and All Lovers of Truth #d332

A Choice Selection of Psalms, Hymns and Spiritual Songs for the use of Christians #288

A Collection of Hymns for the use of Christians #M.XLVIII

A Collection of Hymns for the use of Christians #XXIII

A Collection of original and select hymns and spiritual songs #XXVII

A Collection of Psalms, Hymns, and Spiritual Songs #d145

A Collection of Psalms, Hymns, and Spiritual Songs #491

A Collection of Sacred Hymns, Adapted to the Faith and Views of the Church of Jesus Christ of Latter Day Saints #d55

A New and Choice Selection of Hymns and Spiritual Songs for the Use of the Regular Baptist Church. 10th ed. #d227

A New Selection of Psalms, Hymns and Spiritual Songs #364

A Selection of Hymns from the Best Authors, intended to be an Appendix to Dr. Watts' Psalms & Hymns. 2nd Baltimore ed. #aCCCCXLV

A Selection of Hymns from the Best Authors. #445

A Selection of Hymns, from Various Authors #d172

Conference Hymns. a new collection of hymns, designed especially for use in conference and prayer meetings, and family worship. #148

Divine Hymns or Spiritual Songs, for the use of religious assemblies and private Christians #AXXV

General Collection of Hymns, Original and Selected, for Use of Christians #d138

Hymns and Psalms, Original and Modern, Selected and Revised #d168

Hymns and Spiritual Songs, Original and Selected, for the Use of Christians. (5th ed.) #B104

Hymns and Spiritual Songs, Original and Selected, for the Use of Christians. (8th ed.) #b104

Hymns for the Use of the Brethren in Christ #d205

Hymns for the Use of the New Jerusalem Church #d104

Hymns, Original and Selected, for the use of Christians #d104

Hymns, Original and Selected, for the Use of Christians. 8th ed. #d114

Hymns, Psalms, and Spiritual Songs, including Some Never Before in Print #d150

Psalms, Hymns and Spiritual Songs ... for the Use of the United Church of Christ, Commonly Called Free Will Baptist #d118

Selection of Hymns from the Best Authors, intended to be an Appendix to Dr. Watts' Psalms and Hymns. (1st Am. ed.) #CCCCXLV

The Advent Harp; designed for believers in the speedy coming of Christ #138a

The Baptist Hymn and Tune Book for Public Worship #753

The Boston Collection of Sacred and Devotional Hymns #31

The Church and School #d82

The Dover Selection of Spiritual Songs, with an Appendix of Choice Hymns #d109

The Ebenezer Selection of Hymns and Spiritual Songs, with an appendix Consisting of Miscellaneous Pieces. 6th ed. #d237

The Manual of Praise for Sabbath and Social Worship #489

The Melody of the Heart #d22