I saw a wayworn traveler 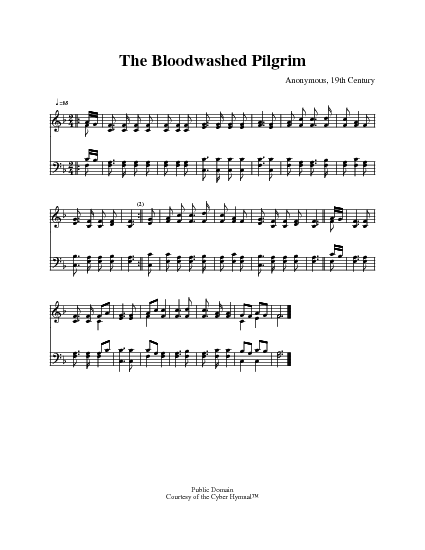 I saw a wayworn traveler

Author: John B. Matthias
Tune: [I saw a wayworn traveler]
Published in 104 hymnals

1 I saw a wayworn traveler,
In tattered garments clad,
And struggling up the mountain,
It seemed that he was sad;
His back was laden heavy,
His strength was almost gone,
Yet he shouted as he journeyed,
“Deliverance will come!”


2 The summer sun was shining,
The sweat was on his brow,
His garments worn and dusty,
His step seemed very slow;
But he kept pressing onward,
For he was wending home,
Still shouting as he journeyed,
“Deliverance will come!” [Refrain]


3 The songsters in the arbor
That stood beside the way
Attracted his attention,
Inviting his delay:
His watchword being “Onward!”
He stopped his ears and ran,
Still shouting as he journeyed,
“Deliverance will come!” [Refrain]


4 I saw him in the evening;
The sun was bending low;
He’d overtopped the mountain,
And reached the vale below:
He saw the Golden City—
His everlasting home—
And shouted loud, “Hosanna!
Deliverance will come!” [Refrain]


5 While gazing on that city,
Just o’er the narrow flood,
A band of holy angels came from the throne of God;
They bore him on their pinions
Safe o’er the dashing foam,
And joined him in his triumph:
Deliverance had come! [Refrain]


6 I heard the song of triumph
They sang upon that shore,
Saying, “Jesus has redeemed
Us to suffer nevermore!”
Then casting his eyes backward
On the race which he had run,
He shouted loud, “Hosanna!
Deliverance has come!” [Refrain]

Source: Beulah Songs: a choice collection of popular hymns and music, new and old. Especially adapted to camp meetings, prayer and conference meetings, family worship, and all other assemblies... #12

Born: January 21, 1767, Germantown, New York. Died: May 27, 1848, Hempstead, Long Island, New York. Buried: Methodist churchyard, Hempstead, Long Island, New York. Matthias moved to New York City as a young man, and attended the John Street Methodist Church. He was licensed as a Methodist preacher in 1793, and four years later Bishop Asbury ordained him a deacon. He entered the "itinerant connection" in 1811, and in 1813 Bishop McKendree ordained him an elder. He pastored at a number of locations in New York, and by 1836 was in Huntington, where he wrote Deliverance Will Come. In 1841, failing eyesight forced him to retire to Hempstead, Long Island. Sources: Choir Herald, June 1947, pp. 222-23 http://www.hymntime.com/tch/bio… Go to person page >
^ top

[I saw a wayworn traveler]

All tunes published with 'I saw a wayworn traveler'^ top 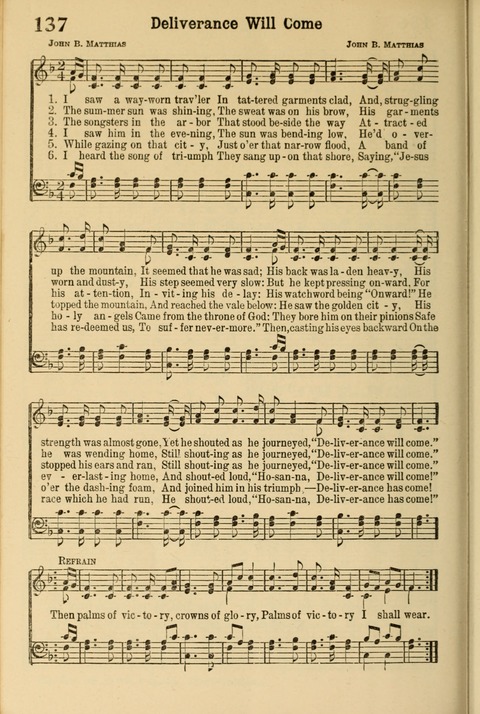