I sought the Lord, and afterward I knew

I sought the Lord, and afterward I knew

1 I sought the Lord, and afterward I knew
he moved my soul to seek him, seeking me.
It was not I that found, O Savior true,
no, I was found of thee.


2 Thou didst reach forth thy hand and mine enfold,
I walked and sank not on the storm-vexed sea.
‘Twas not so much that I on thee took hold
as thou, dear Lord, on me.


3 I find, I walk, I love, but, oh, the whole
of love is but my answer, Lord, to thee!
For thou wert long beforehand with my soul,
always thou lovedst me. 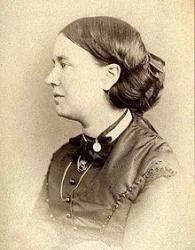 Ingelow, Jean, daughter of W. Ingelow, Boston, Lincolnshire, was born in 1820. Her writings are well and favourably known. Her poetical pieces have been published as Poems, 1863, and A Story of Doom and other Poems, 1867. From her Poems, 1863, the cento "And didst Thou love the race that loved not Thee" (Love of Christ in the Congregational Church Hymnal 1887, is taken. --John Julian, Dictionary of Hymnology, Appendix, Part II (1907)… Go to person page >
^ top

Said by some scholars to have been written in 1878, this anonymous text was published in Holy Songs, Carols, and Sacred Ballads compiled by the Roberts brothers in Boston (1880). Austin Lovelace says of this text: "'He first loved us.' This simple yet profound thought is the basis for the hymn. God loved us long before we knew it. We seek God, but already God is holding out a hand waiting for us to take hold of it and be rescued from the seas of life" (Lovelace, Hymn Notes).

I sought the Lord, and afterward I knew. [He first loved us.] An anonymous and undated hymn in The Pilgrim Hymnal 1904.

All tunes published with 'I sought the Lord, and afterward I knew'^ top 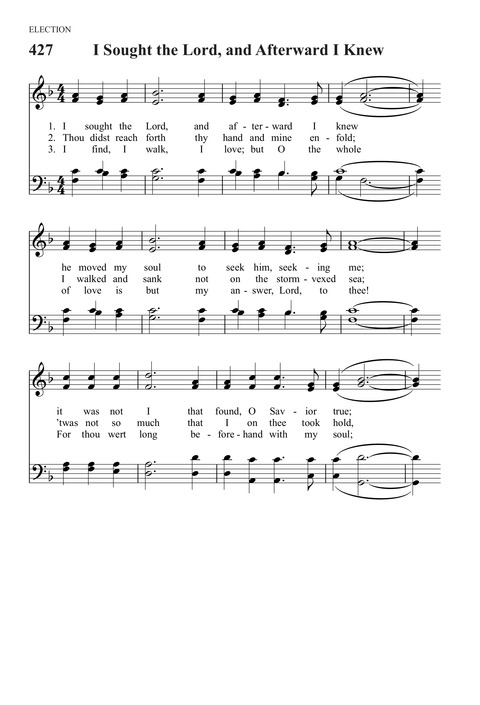