I Want to Be An Angel 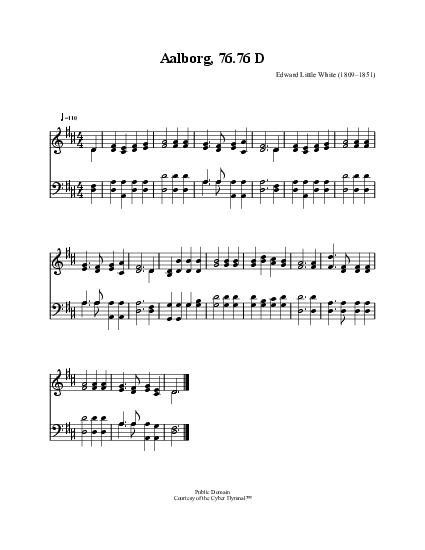 I want to be an angel, And with the angels stand

1 I want to be an angel,
And with the angels stand,
A crown upon my forehead,
A harp within my hand;
There, right before the Savior,
So glorious and so bright,
I’d wake the sweetest music,
And praise Him with delight.


2 I never should be weary,
Nor ever shed a tear,
Nor ever know a sorrow,
Nor ever know a fear;
But blessèd, pure and holy,
To dwell in Jesus’ sight,
And with ten thousand thousands,
I’d praise Him with delight.


3 I know I’m weak and sinful,
But Jesus will forgive.
For many little children
Have gone to Heav’n to live;
Dear Savior, when I languish,
And lay me down to die,
O, send a shining angel
To bear me to the sky.


4 O, there I’ll be an angel,
And with the angels stand,
A crown upon my forehead,
A harp within my hand;
And there before my Savior,
So glorious and so bright,
I’ll join the heav’nly music,
And praise Him with delight.

"My sister's fall name is Miss Sidney P. Gill. (An odd name for a woman, but coming down from a Welsh ancestress.) The hymn was written in Philadelphia when my sister, then a very young lady, taught the Infant Sunday School of Dr. Joel Parker's Church, of which she was a member. She had been teaching a lesson on Angels (I believe), when a lovely little girl exclaimed ‘Oh I want to be an angel.' The child within a few days was attacked by a fatal disease and died; and under the strong impression of the circumstance, the little hymn was written, and sung in the S. School. The first knowledge we had of its being in print was finding it in a Dayton, Ohio, newspaper .... I cannot give you the exact date of its composition, but think it must have been about /54."

This hymn has become a great favourite with children. It is in use in all English-speaking countries, and has been translated into several languages. In some collections it is given as "I would be like an angel." This is especially the case in Great Britain. In the Presbyterian Psalms & Hymns for the Worship of God, Richmond, U. S. A., 1867, the opening line is again altered to “I want to be with Jesus,” but this change is not so popular as the former.

All tunes published with 'I Want to Be An Angel'^ top 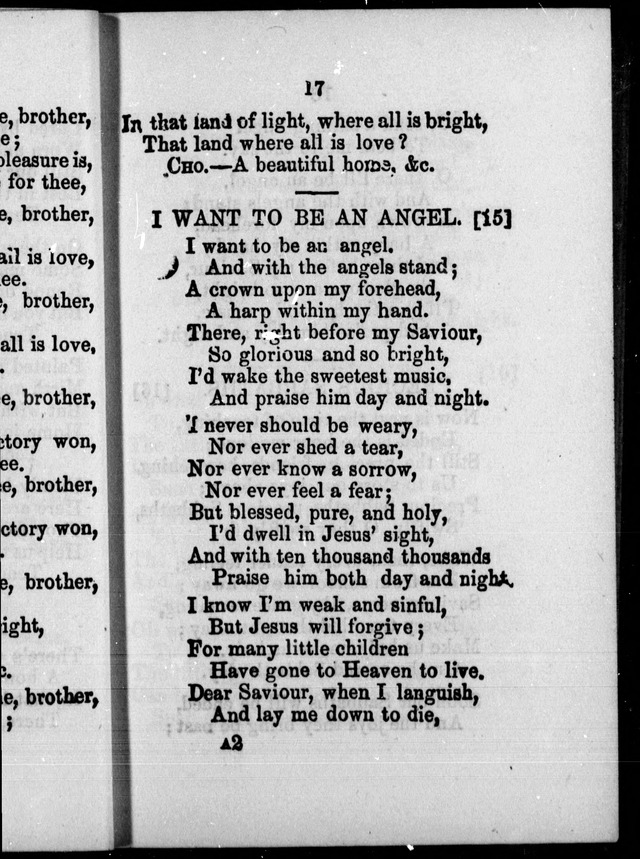 View Page
A Companion to the Canadian Sunday School Harp: being a selection of hymns set to music, for Sunday schools and the social circle (1899), p.15
^ top