In dulci jubilo, let us our homage show 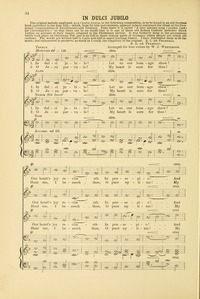 In dulci jubilo, let us our homage show

Source: Christmas Carols and Hymns: for school and choir #34

The original melody employed, as a Cantus firmus, in the following composition, is to be found in an old German book published in the year 1570,—which, from its title and contents, appears to have contained the ritual of the Protestant Congregations of Zweibrücken and Neuburg. Even there it is called "A very ancient song (uraltes Lied) for Christmas-eve;" so that there can be no doubt that it is one of those old Roman Catholic melodies which Luther, on account of their beauty, retained in the Protestant service. It was formerly sung in the processions which took place on Christmas Eve, and is so still in those remove parts of Germany where people yet retain old customs. The words are written half in Latin and half in upper German dialect. I have translated them to fit the music, and endeavored to preserve, as much as I could, the simplicity of the original. R. L. de Pearsall

IN DULCI JUBILO was originally a folk dance; it is filled with rhythmic energy. There are many organ and choral arrangements of this tune. Sing this lilting lively carol in unison or in parts with bright flute accompaniment (either real flutes or flute stops on the organ). Observe a ritardando only…

All tunes published with 'In dulci jubilo, let us our homage show'^ top 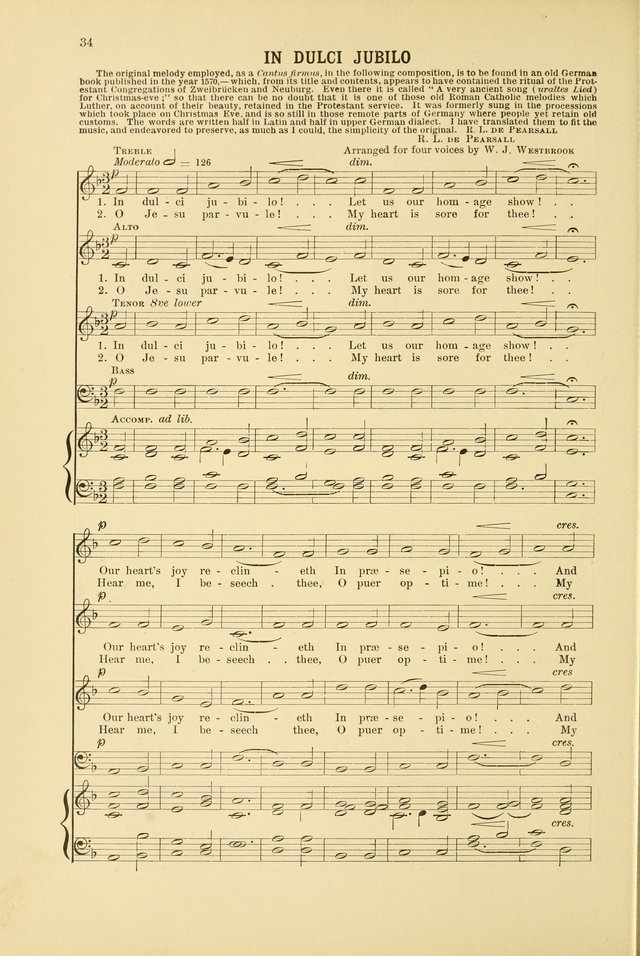 Hymnal for Colleges and Schools #d128

Hymnal for Juniors in Worship and Study #d45