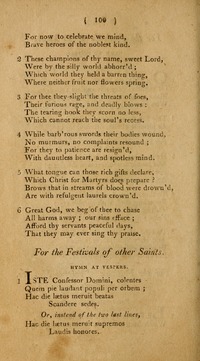 Iste Confessor Domini sacratus [colentes]. [Saints' Days.] This hymn is found in the Common of Confessors in the Sarum, York, Aberdeen, Mozarabic, Roman and other Breviaries. In the Roman Breviaryof 1632 (text in Daniel, i., No. 226) it is altered considerably, beginning "Iste confessor Domini colentes.” 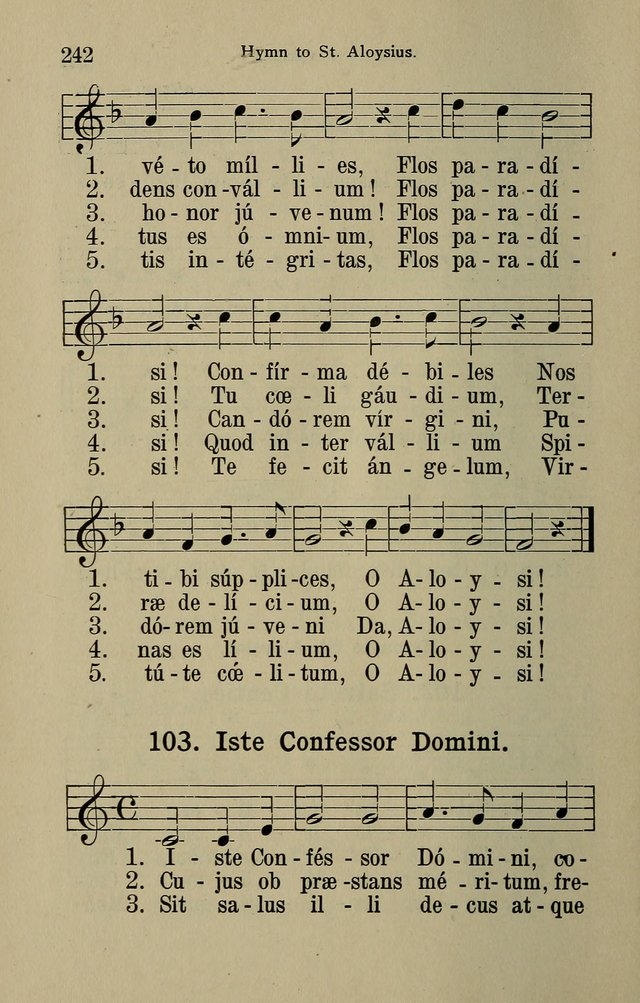 Hymns, for the Use of the Catholic Church in the United States of America (New ed.) #100