Jesu, as though thyself wert here 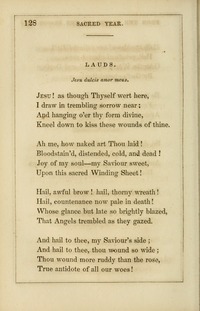 Jesu, as though thyself wert here

Jesu, dulcis amor meus. [Passiontide.] This hymn is almost entirely composed of separate lines transposed and in some instances altered from St. Bernard's "Salve mundi salutare" (q. v.). It is the hymn at Lauds in the Office of the "Most Holy Winding Sheet of our Lord Jesus Christ; double of the First Class." This office has been added to the Roman Breviary since 1736, and is appointed for the Saturday after the 2nd Sunday in Lent. The text is found in the Appendix to the Pars Verna of the Roman Breviary, Bologna, 1827, p. cclxxviii., and is repeated in later editions and in Daniel, iv. p. 323. Translated as:—
Jesu, as though Thyself wert here. By E. Caswall. Published in his Lyra Catholica, 1849, p. 82; and again in his Hymns & Poems, 1873, p. 46. It is found in several hymn-books, and often with the omission of stanza ii. Another translation is "Jesus, sweetest love of mine.' 1874. J. Wallace. [Rev. James Mearns, M.A.] 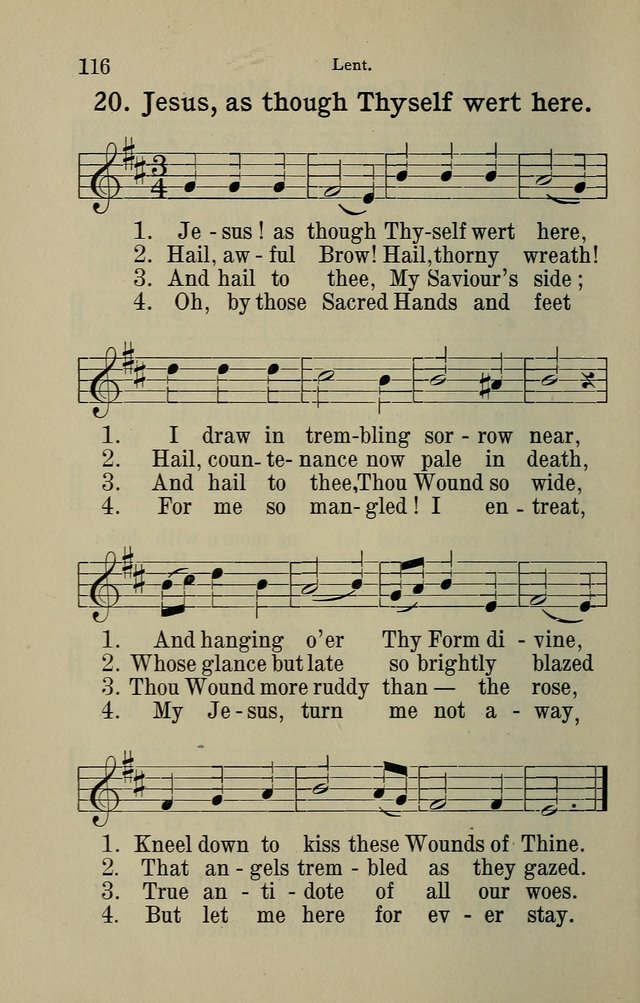 English and Latin Hymns, or Harmonies to Part I of the Roman Hymnal #138

Hymns for the Use of Catholic Catechists and Sunday Schools, for the Diocese of Cleveland #d30