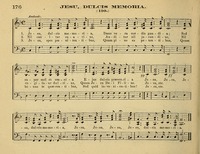 
Source: Laudis Corona: the new Sunday school hymn book, containing a collection of Catholic hymns, arranged for the principal seasons and festivals of the year #176

--Excerpts from John Julian, Dictionary of Hymnology (1907)
=======
***
Jesu dulcis memoria. After the sentence, "These stanzas are quite unnecessary to the hymn, &c," read thus before passing to the printed forms of the text:—
Since the notices here given were electrotyped four other manuscripts in the British Museum have been examined. Three of these present nearly the same text as that in Laud Misc .668, and confirm the belief that the 42 stanzas form of the text is the original. The fourth manuscript is also of the 14th century, but it presents an interpolated and corrupt text, in 53 stanzas, viz.:—1-42, 43, 45-48, 50 (12, 48, 50 being greatly altered); and also 5 stanzas not found in any other manuscript yet examined. These additional stanzas are:
52. Quern diu differs doleo.
53. Hunc affectum cum sentio.
54. In his plerumque gaudeo.
55. Tu moestorum solatium.
56. Ostende Patri vulnera.
It will thus be seen that sts. 43, 45, 48, 50, 52-56 are all at least as early as the 14th century, though there does not appear to be any reason to regard them as really by St. Bernard; while sts. 44, 49, 51, have not yet been found in manuscripts earlier than the 15th century. [Rev. James Mearns, M.A.]

--Excerpts from John Julian, Dictionary of Hymnology, Appendix I (1907) 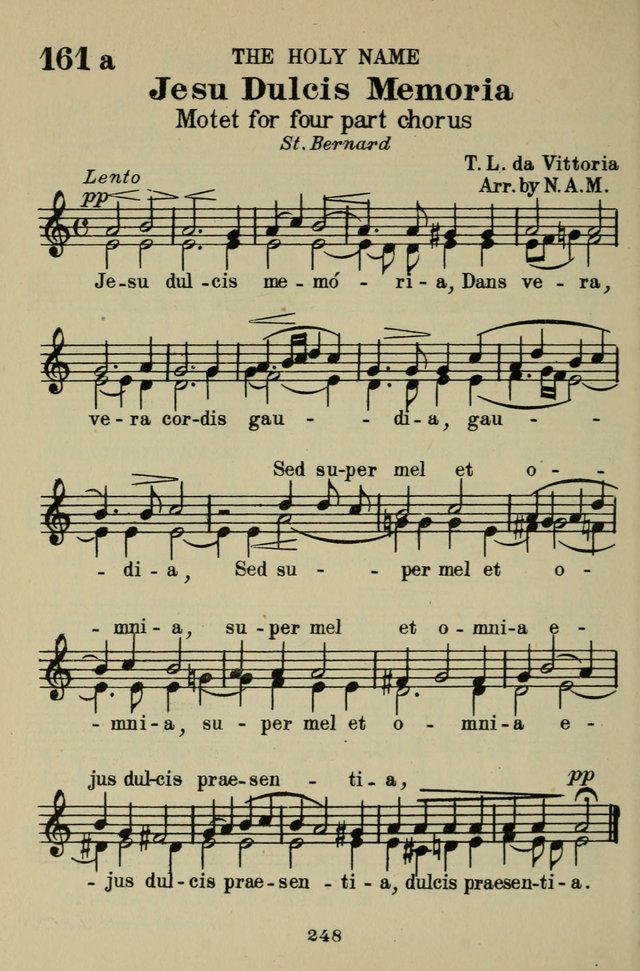 Our Parish Prays and Sings #d30

The Hymn Book of the New Sunday School Companion #d21