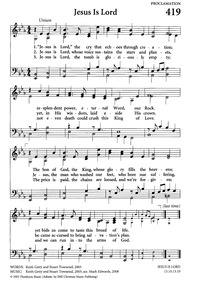 "Jesus is Lord," the cry that echoes through creation

Stuart Townend (b. 1963) grew up in West Yorkshire, England, the youngest son of an Anglican vicar. He started learning piano at a young age, and began writing music at age 22. He has produced albums for Keith Routledge and Vinesong, among many others, and has also released eight solo albums to date. Some of his better-known songs include “How Deep the Father’s Love,” “The King of Love,” and “The Power of the Cross.” He continues to work closely with friends Keith and Kristyn Getty, and is currently a worship leader in Church of Christ the King in Brighton, where he lives with wife Caroline, and children Joseph, Emma and Eden. Laura de Jong Go to person page >

Keith Getty (b. December 16, 1974) is a world-renowned modern hymn writer. Keith developed a passion for writing good songs for the church in his twenties, and began writing for his small Baptist church. He writes and performs with his wife, Kristyn and they regularly tour the United States and the United Kingdom. (Also known as Julian Keith Getty) Laura de Jong Go to person page >
^ top

All tunes published with 'Jesus Is Lord'^ top 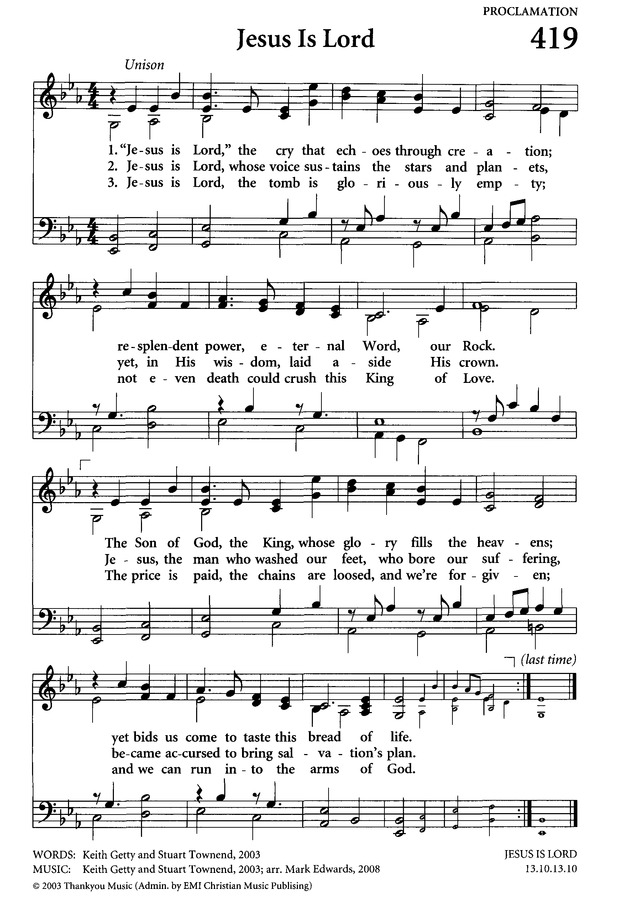