The Scepter of His Love 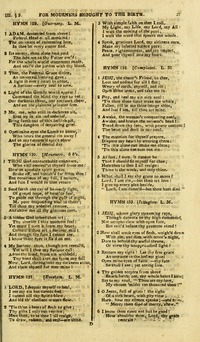 John Wesley, the son of Samuel, and brother of Charles Wesley, was born at Epworth, June 17, 1703. He was educated at the Charterhouse, London, and at Christ Church, Oxford. He became a Fellow of Lincoln College, Oxford, and graduated M.A. in 1726. At Oxford, he was one of the small band consisting of George Whitefield, Hames Hervey, Charles Wesley, and a few others, who were even then known for their piety; they were deridingly called "Methodists." After his ordination he went, in 1735, on a mission to Georgia. The mission was not successful, and he returned to England in 1738. From that time, his life was one of great labour, preaching the Gospel, and publishing his commentaries and other theological works. He died in London, in 17… Go to person page > 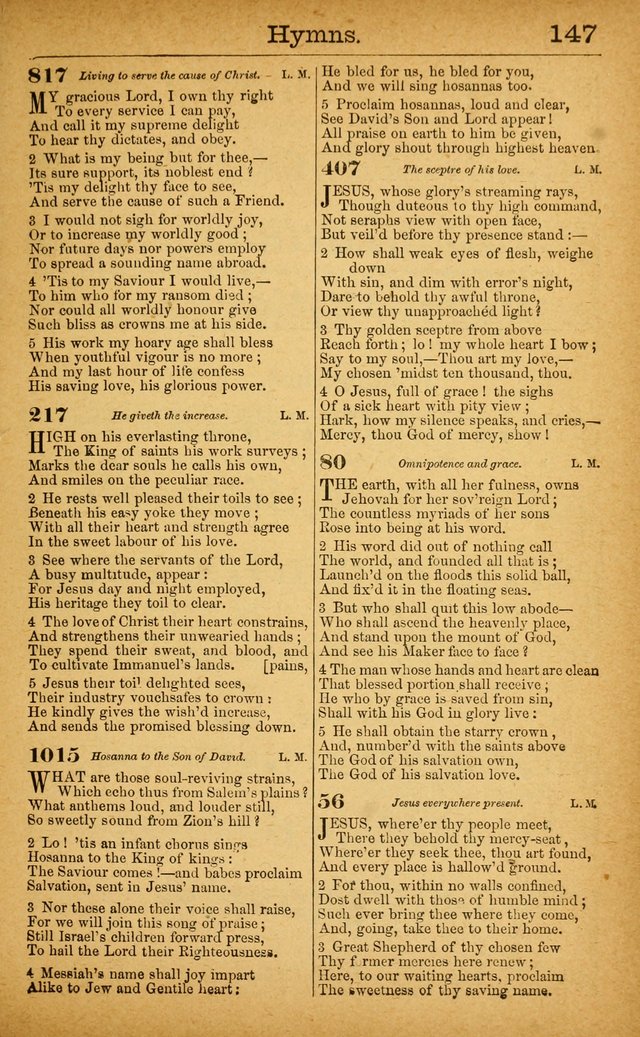 A Collection of Hymns Adapted to the use of the Methodist Episcopal Church Including the Whole Collection of the Rev. J. Wesley #ad254

Display Title: The sceptre of His love First Line: Jesus, whose glory's streaming rays Meter: L. M. Date: 1872 Subject: The Sinner | Penitential
A Collection of Hymns for the use of the African Methodist Episcopal Zion Church in America #407

A Collection of Hymns for the use of the Methodist Episcopal Church. Rev. with a Supplement #d266

A Collection of Hymns, for the Use of the People Called Methodists, with a Supplement #133

Hymns for the Use of the Methodist Episcopal Church. Rev. ed. #407

Plymouth Collection of Hymns and Tunes; for the use of Christian Congregations #524

Songs of Pilgrimage, a Hymnal for the Churches of Christ, Part I #d91

The Baptist Hymn and Tune Book #524

The Heart and Voice #77b

The Methodist Harmonist, containing a collection of tunes from the best authors, embracing every variety of metre, and adapted to the worship of the Methodist Episcopal Church. New ed. #244.185

The Reformed Methodist Pocket Hymnal #I.78