Kom, Helge Ande, till mig in 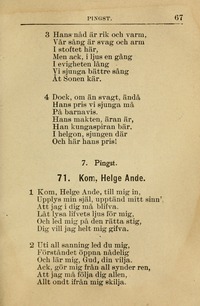 Kom, Helge Ande, till mig in

Schirmer, Michael, son of Michael Schirmer, inspector of wine casks at Leipzig, was born at Leipzig, apparently, in July, 1606, his baptism being entered as on July 18, in the registers of St. Thomas's Church there. He matriculated at the University of Leipzig, at Easter, 1619, and graduated M.A. in 1630. In 1636 he was appointed subrector, and in 1651 conrector of the Greyfriars Gymnasium at Berlin. During his conrectorship the rectorship fell vacant several times, and each time, after he had officiated as prorector during the vacancy, a younger man than he was set over him (probably on account of Schirmer's feeble health) till, last of all, in May, 1668, the sub-rector was promoted over his head. In the same year Schirmer retired from o… Go to person page >

[Kom, Helge Ande! till mig in]

All tunes published with 'Kom, Helge Ande, till mig in'^ top 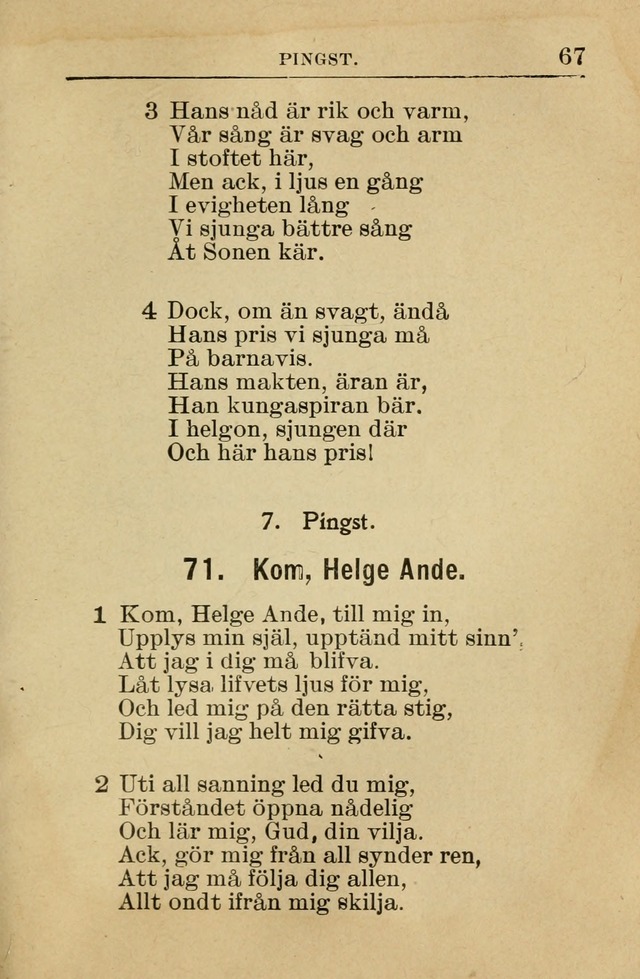