Let us, with a gladsome mind 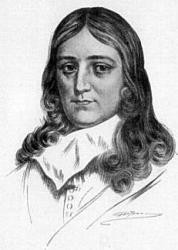 All tunes published with 'Let us, with a gladsome mind'^ top