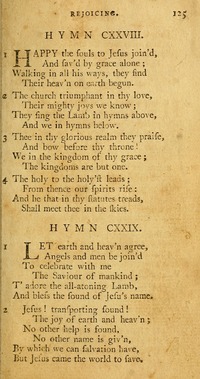 Let earth and heaven agree, Angels and men be joined

1 Let earth and Heaven agree,
Angels and men be joined,
To celebrate with me
The Saviour of mankind;
To adore the all-atoning Lamb,
And bless the sound of Jesus’ name.


2 Jesus, transporting sound,
The joy of earth and Heaven;
No other help is found,
No other name is given
By which we can salvation have;
But Jesus came the world to save.


3 His name the sinner hears,
And is from sin set free;
‘Tis music in his ears,
‘Tis life and victory!
New songs do now his lips employ,
And dances his glad heart for joy.


4 O unexampled love!
O all-redeeming grace!
How swiftly didst thou move
To save a fallen race:
What shall I do to make it known
What thou for all mankind hast done?


5 O for a trumpet voice
On all the world to call,
To bid their hearts rejoice
In him who died for all!
For all my Lord was crucified,
For all, for all my Saviour died.


Source: The Song Book of the Salvation Army #62

Let earth and heaven agree, Angels and men, &c. C. Wesley. [Praise of Jesus as the Redeemer.] Appeared in tho Hymns On God's Everlasting Love, London, 1741, No. 11, in 10 stanzas of 6 lines. (Poetical Works, 1868-72, vol. iii. p. 71). In whole or in part, it soon came into general use not only by the followers of the Wesleys, but also by many who, on Calvinistic grounds, opposed them, and against whom the Hymns on God's Everlasting Love were written. M. Madan included stanzas i.-iv. in his Psalms & Hymns 1760, No. 90, and this form of the hymn was repeated by A. M. Toplady in his Psalms & Hymns, 1776; and again by others to modern hymnbooks in the Church of England. Nonconformists also copied this form of the hymn. In the Wesleyan Hymn Book, 1780, stanzas i.-v., vii. and ix. were given as No. 33. This is the form of the hymn most popular in Great Britain and America. The following centos are also in common use:—
1. Jesus, harmonious Name. Composed of stanzas iii. iv., vii. and ix., is in the American Andover Sabbath Hymn Book, 1858, and others.
2. Jesus, transporting sound. In the Hymnary, 1872, this is composed of stanzas ii.-iv., vi.-ix., x., considerably altered.
In G. J. Stevenson's Methodist Hymn Book Notes, 1883, p. 42, several interesting reminiscences of this hymn are recorded, mainly from Wesleyan sources.

All tunes published with 'Proclaiming the Universal Savior'^ top 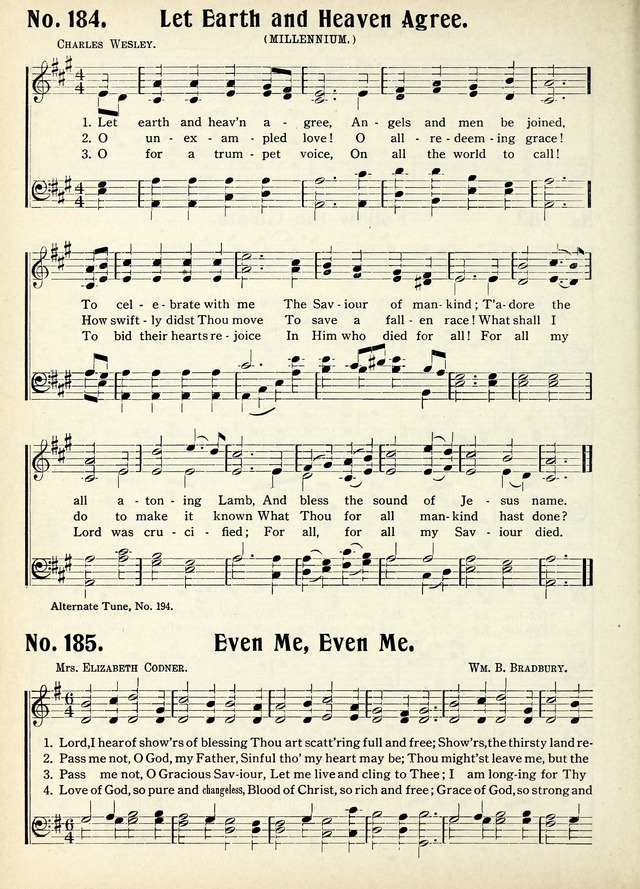 The Song Book of the Salvation Army #62