Let there be light: thus spake the Word 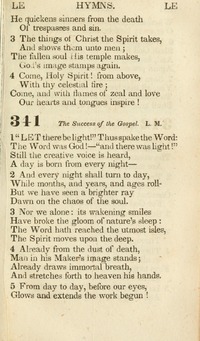 Let there be light: thus spake the Word

"Let there be light:" thus spake the Word;
The Word was God; "and there was light:"
Still the creative voice is heard;
A day is born from every night.


And every night shall turn to day,
While months, and years, and ages roll;
But we have seen a brighter ray
Dawn on the chaos of the soul.


Nor we alone; its wakening smiles
Have broke the gloom of pagan sleep;
The Word hath reach'd the utmost isles,
God's Spirit moves upon the deep.


Already from the dust of death,
Man in his Maker's image stands;
Once more inhales immortal breath,
And stretches forth to heaven his hands.


From day to day, before our eyes,
Glows and extends the work begun;
When shall the now creation rise
On every land beneath the sun?


When, in the Sabbath of His love,
Shall God amidst his labours rest;
And, bending from His throne above,
Again pronounce His creatures bless'd?

Let there be light! Thus spake the Word. J. Montgomery. [Missions.] This hymn was printed in the Evangelical Magazine, June, 1818, in 8 stanzas of 4 lines, and headed "Hymn composed for the Anniversary of the Missionary Society by J. Montgomery, Esq., and sung at Spa Fields Chapel, May 14th, 1818." It was included in Cotterill's Selection, 8th ed., 1819, No. 236, in 4 stanzas of 8 lines. In Montgomery's Christian Psalmist, 1825, No. 554, stanza iv. is omitted, and the rest are divided into 6 stanzas of 4 lines. This form is repeated in his Original Hymns, 1853, No. 260, is the revised text, and is in several collections in Great Britain and America. The hymn "From day to day, before our eyes," in Beecher's Plymouth Collection, 1855, the N. Y. Songs for the Sanctuary, 1865, and other American hymnbooks, is composed of st. iv.-viii. of the Evangelical Magazine text of 1818. (Cotterill’s stanzas iii., iv.). 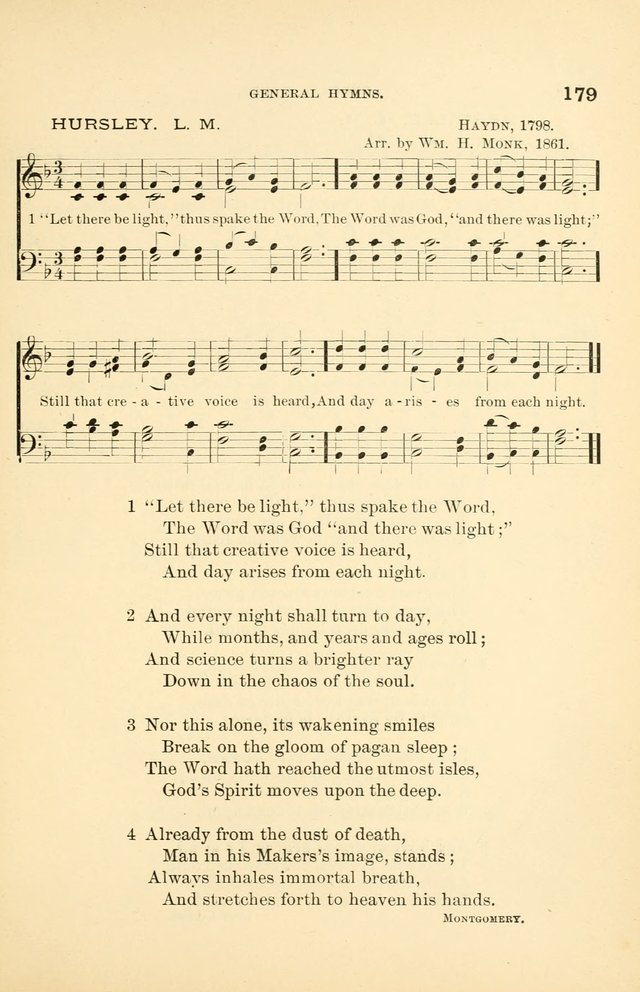 A Selection of Hymns, adapted to the devotions of the closet, the family, and the social circle; and containing subjects appropriate to the monthly concerns of prayer for the success... #341

Plymouth Collection of Hymns and Tunes; for the use of Christian Congregations #959

The Baptist Hymn and Tune Book #959

The Halifax Selection of Hymns #d243