I Wish We'd All Been Ready

Life was filled with guns and wars 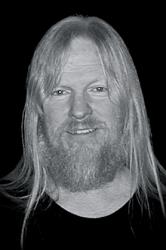 Norman drew criticism from both the conservative religious establishment and the secular music world for his mix of religious, political, and social themes. His 1969 "Upon This Rock" is considered the first Christian rock album. His 1972 release, "Only Visiting This Planet," was selected by the United States Library of Congress in 2014 as an American cultural treasure. With his band People! in the late 1960s, he opened for The Doors, The Who, Janis Joplin, and Jimi Hendrix, and others. Because of his social positions and the secular company he kept, his music was banned from Christian stores for some time. His songs have been recorded by Petula Clark, Sammy Davis, Jr., Frank Black, Cliff Richard and by contemporary Christian artists DC… Go to person page >
^ top

[Life was filled with guns and wars]

All tunes published with 'I Wish We'd All Been Ready'^ top