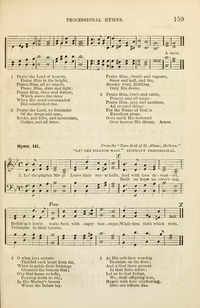 Chambers, John David, M.A., F.S.A., son of Captain Chambers of the R. N., was born in London in 1805, and educated at Oriel College, Oxford, graduating with honours, in 1827 (M.A. 1831). He was called to the Bar by the Inner Temple in 1831. In 1842 he published an elaborate treatise on the Jurisdiction of the Court of Chancery over the persons and property of Infants, and was appointed Recorder of New Sarum the same year. At Salisbury his attention was specially attracted to the Liturgical and other Ecclesiastical lore appertaining to the Cathedral, and to St. Osmund, its Bishop, 1078. St. Osmund compiled from different sources a series of Divine Offices, and Rules for their celebration within his diocese. These Rules were in two parts, t… Go to person page >
^ top

All tunes published with 'Lo the pilgrim Magi'^ top 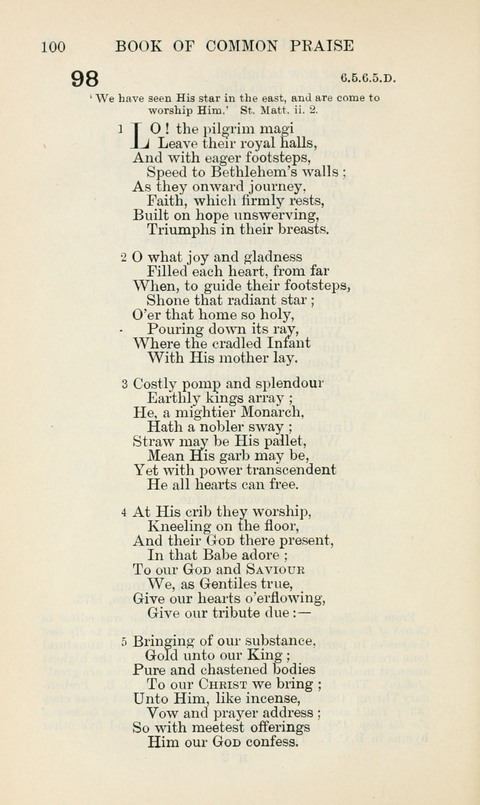 View Page
The Book of Common Praise: being the Hymn Book of the Church of England in Canada. Annotated edition (1909), p.100
^ top

Hymns and Tunes for Children of the Church #d112

Hymns for the Children of the Church #26

Processional Hymns, for Use in the Cathedral of All Saints, Albany, New York #d28

The Book of Common Praise #95

The Book of Common Praise #98

The Order for Evensong #7